Bindi Irwin, the daughter of the late crocodile wrestler and animal activist Steve Irwin, married at a small ceremony in Australia today.

The move came a few hours before the Australian government brought in restrictions on the numbers allowed to attend gatherings for the duration of the coronavirus outbreak. According to a post by the new bride on social media, the wedding took place in Australia Zoo, where she and her family live.

Bindi met American Chandler Powell when he came to work at the zoo nearly seven years ago and they got engaged last summer.

Her little brother, Robert, walked her down the aisle on a day that was filled with "smiles and tears."

Bindi urged her followers to hold on to "hope and love" at this difficult time.

No stranger to the limelight, as an 8-year-old, she hosted her own TV show Bindi, the Jungle Girl, which went on tour in the US, including live shows and high-profile television appearances.

Her father died on 4 September 2006 when a stingray barb pierced his heart as he was filming an underwater documentary on the Great Barrier Reef.

Bindi’s new husband revealed in a tweet on Wednesday that the couple had changed their original plans, which had been a year in the making.

March 25, 2020, marks the most amazing day of my life. ❤️
After almost a year of planning, we changed everything so we could have a safe & small private ceremony at our home, Australia Zoo. I hope we can share some love in the world, especially during this challenging time. pic.twitter.com/DtG97VadvU 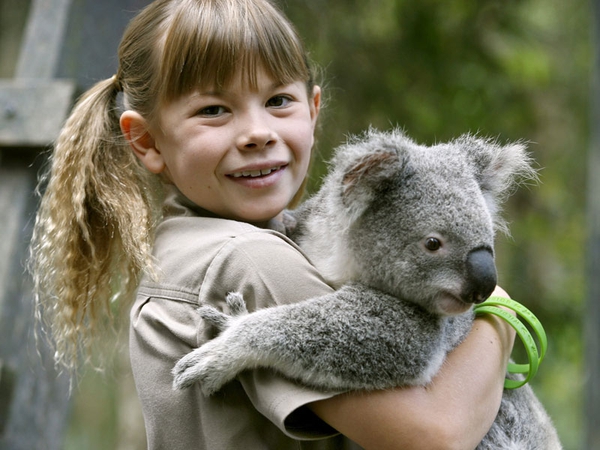