The BBC has announced that Graham Norton will be back on screens from Friday, April 10 with a new series of his talk show, and will also host a special Eurovision night in May.

As the BBC plans its upcoming schedule around the Covid-19 crisis and lockdown in the UK, it said Norton would return "on Friday nights - not quite as usual, but still featuring the biggest stars and the best stories, including the famous Red Chair - now relocated to the comfort of your own armchair at home".

He will also "bring the country together for a special Eurovision broadcast", Eurovision: Come Together, on Saturday, May 16.

The BBC said the show will feature "classic Eurovision performances, a look at what would have been in 2020 and entertaining interviews, including this year's UK entry James Newman".

Irish interest will also include "stargazing with Dara Ó Briain in his back garden" on The One Show, and the premiere of the BBC's adaptation of the Sally Rooney bestseller Normal People. 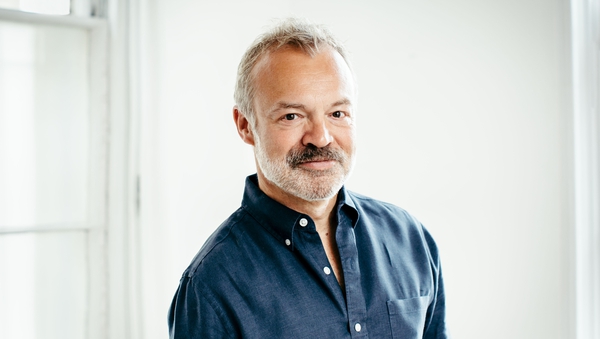