The seven-piece boyband - currently one of the biggest acts in the world - had scheduled four gigs at the capital's Olympic Stadium to promote their new album Map of the Soul: 7, which recently hit Number One in Ireland.

More than 200,000 fans were expected to attend, their agency Big Hit Entertainment said in a statement, with "a number of global production companies and a large group of expert international crew" also involved.

It was "impossible at this time to predict the scale of the outbreak", it said, creating so much uncertainty it was "unavoidable" the shows were cancelled "without further delay".

"We must take into consideration the health and safety of hundreds of thousands of guests as well as our artists," it added.

One BTS fan said on the band's Facebook page that the decision on the concerts was a "regrettable but inevitable call", although others lamented that the shows had been cancelled, rather than postponed.

BTS - or Bangtan Sonyeondan, which translates as Bulletproof Boy Scouts - are the first K-pop group to top charts in the US, Britain and Ireland.

Their latest effort was given a simultaneous worldwide release online last Friday, becoming the most pre-ordered South Korean album of all time, with more than four million copies sold before its release. 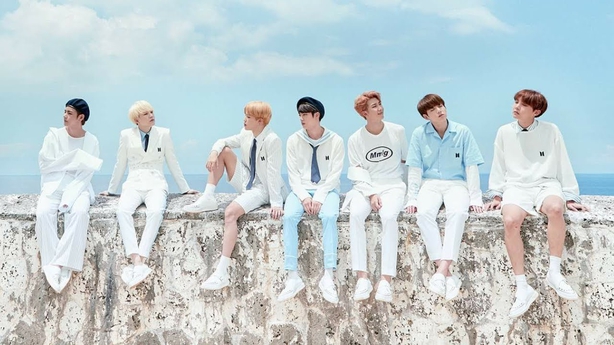 The coronavirus outbreak already forced them to livestream a press conference earlier this week, the seven members waving and bowing to a virtually empty hall, and urging fans to take care of themselves.

On Friday they appeared on KBS television's Music Bank show, which dispensed with its usual studio audience.

"Many people are concerned about coronavirus," said member Jin. "I hope we overcome this challenge."