George MacKay has said that he took inspiration from Irish MMA fighter Conor McGregor to play Australian outlaw Ned Kelly in the upcoming movie The True History Of The Kelly Gang.

1917 actor MacKay said he wanted to make the role his own and said "Conor McGregor was a big reference for a modern Irish aggressive (persona). There were so many things."

The role of Kelly, who was was a  bushranger and gang leader executed in 1880, has been played many times before, with Heath Ledger and Mick Jagger among those previously taking the part.

Speaking about his character MacKay said: "Ned is like an animal, he's everything, he's like a mixture of this wild colonial boy but also by the same token, if I'm going to be every element of Australia, there was a bit of a kangaroo dance in there as well.

McKay is not the first actor to use McGregor's persona to get into character, Tom Hardy revealed that he too, based his character in Venom on the MMA fighter.

He added: "The real Ned has got this beard down to here, people just know the last image of him, and once we got rid of that it was like 'Well let's just get rid of all of it, let's free ourselves of all of that, let's make it in the spirit of things rather than the actual history as to as and when exactly things happened because it's open to interpretation'."

The True History Of The Kelly Gang is released in cinemas Friday, March 6. 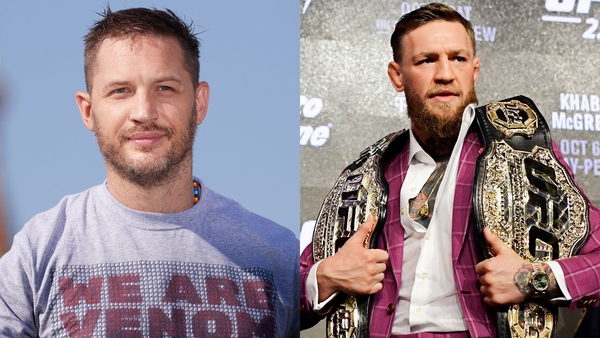