Former footballer David Beckham has said that he kept a small souvenir from the day he first met his future wife, Victoria.

The 44-year-old told The Tonight Show Starring Jimmy Fallon that when he plucked up the courage to ask the former Spice Girl and now fashion designer out on a date, she wrote her number on a train ticket.

Beckham said that he kept the ticket with Victoria's number on it.

The pair went on to marry in Luttrellstown Castle In Dublin and have four children together.

When Fallon asked the footballer who his favourite Spice Girl was, he said: "She (Victoria) was obviously my favourite, might be a bit awkward if (she) wasn't."

He told Fallon that Victoria, "Came to watch me in a game in London with her manager at the time and one of the other Spice Girls, Sporty Spice.

"We knew of them, obviously, because they were pretty big at the time. And I was just establishing myself in the Manchester United team at the time. But we all had our favourite Spice Girl."

Discussing the moment that changed his life, he said: "She'd had a couple of drinks so I decided why not, I'll try and get her number. We talked for about an hour in the players' lounge. She actually got the train up that day so she wrote her number down on her train ticket, which I still have." 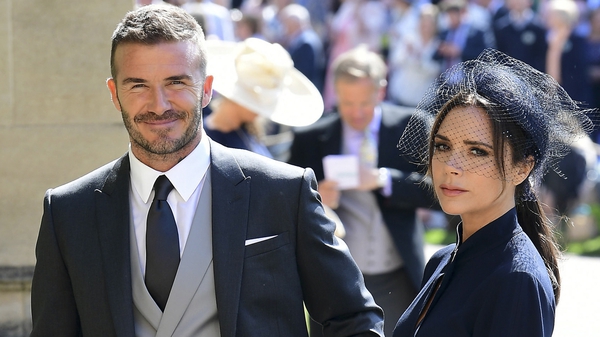