With her 2011 medical thriller Contagion receiving renewed interest due to coronavirus, Gwyneth Paltrow has urged people to "stay safe", telling her Instagram followers: "I've already been in this movie."

"Paltrow's just going to go ahead and sleep with this thing on the plane," she continued. "I've already been in this movie. Stay safe. Don't shake hands. Wash hands frequently."

Directed by Steven Soderbergh, and also starring Marion Cotillard, Matt Damon, Laurence Fishburne, Jude Law and Kate Winslet, Contagion told the story of the spread of a deadly virus and its aftermath.

In an interview with the Hollywood Reporter earlier this month, Contagion's writer, Scott Z Burns, said of the film's plot: "On one hand, someone might say, 'That's uncanny!'.

"But I'm not that surprised because when I spoke to experts in this field [while researching the film], they all said to me that it's not a matter of if but a matter of when. What I learned from these scientists is that these things are going to happen."

"Part of the reason why we made the film was for situations like this," Burns continued. "It's useful to look at some of the lessons included, which are really basic and apply to seasonal flus.

"If you're really sick, you can self-quarantine - a fancy way of saying stay home and don't get the people you work with or love sick. Don't send kids to school. Wash your hands often and don't go out if you're sick." 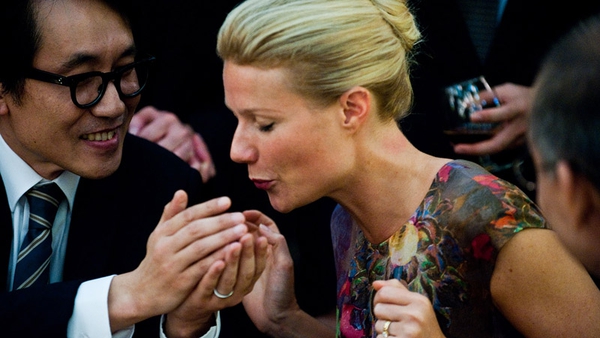