After much speculation, the stars of Friends have confirmed that they are reuniting for an unscripted special on US streaming service HBO Max.

"It's happening," they wrote in the caption accompanying a flashback photo.

US entertainment trade publication Variety says it has been told by sources that the six stars will receive at least $2.5m each for the special celebration of the comedy phenomenon, which will see the cast sharing their memories of the show.

The special is part of a deal that will see it and all 236 episodes of Friends debut exclusively and simultaneously on HBO Max when it launches in the US in May. Friends left Netflix in the US on December 31, 2019. It is still available on Netflix in Ireland and the UK.

"Guess you could call this the one where they all got back together - we are reuniting with David, Jennifer, Courteney, Matt, Lisa, and Matthew for an [sic] HBO Max special that will be programmed alongside the entire Friends library," said Kevin Reilly, Chief Content Officer of HBO Max in a statement.

"I became aware of Friends when it was in the very early stages of development and then had the opportunity to work on the series many years later and have delighted in seeing it catch on with viewers generation after generation. It taps into an era when friends - and audiences - gathered together in real time and we think this reunion special will capture that spirit, uniting original and new fans."

Last year, Friends creators Kauffman and Crane dashed fans' hopes of a scripted reunion or reboot of the show.

They made their comments at the Tribeca TV Festival in New York in September, where they took part in a panel discussion to mark Friends' 25th anniversary.

She said Friends "was about that time in life when friends are your family", explaining that things change when your family becomes your family.

On the subject of a reboot, Kauffman added: "It's not going to beat what we did."

Co-creator and executive producer Crane agreed, telling the audience: "We did the show we wanted to do. We got it right, and we put a bow on it." 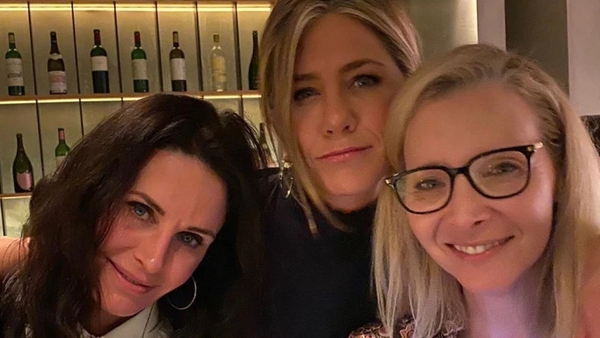