Love Island's Molly Smith and Callum Jones, who departed the villa in Wednesday night's episode, have revealed plans for their first date when they get back home.

Speaking to ITV after their departure, Molly said she and Callum would go for "a walk with the dogs". She has a Pomeranian and Callum has two Pugs.

"The dogs have got to be a priority in this!" she continued. "I think the dogs will get on. Mine is a bit of a diva, but I'm sure she'll be fine.

"We live close to each other at home, maybe 15 minutes apart. It's weird we haven't bumped into each other before.

"We also found out we were on holiday at the same time last year at the same event. How weird is that? We probably crossed paths.

"I'm a massive believer in fate, Law of Attraction, all that stuff. So maybe it is meant to be."

When asked if she sees a future with Callum, Molly replied: "I do. We get on really well. We've got similar interests. He always makes me laugh. I feel at ease with him. If someone makes me feel like that it's a good sign.

"I'm nervous about meeting his family," Molly admitted. "I get nervous in general about meeting parents. I'm sure it'll be alright; he said they'll like me."

Love Island continues on Virgin Media One and ITV2 on Thursday. 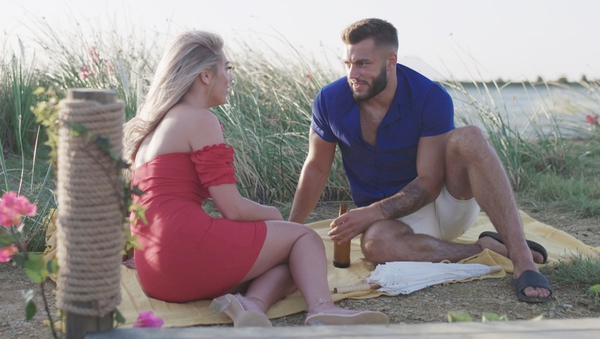 Love Island's Finn and Paige discuss their future together Television