Fr Ray Kelly has said he thought about pulling out of Dancing with the Stars Ireland, due to negative comments he received.

Speaking on RTÉ Radio 1's Liveline, the Meath-based priest said he received a phone call to his home, in which a man allegedly used abusive language, and told him to pull out of the programme.

He said he received a number of Christmas cards, one in particular, in which a woman told him to "remember what happened to the woman who danced for John the Baptist".

Fr Kelly said some people told him that this reference is the equivalent of a death threat.

He said: "I have been a priest for 31 years and I have never experienced that level of criticism that I have received during this programme."

Programme makers, Shinawil, persuaded him not to pull out of the production, after he went to them requesting that he leave the show.

Fr Kelly said they advised him to report the phone call to gardaí, which he said he subsequently did.

He added that gardaí took the man's details but "nothing has come of it".

Fr Kelly said he also received a letter from a woman in which she urged him to give up dancing for Lent, as she put it, "it would be a wonderful sacrifice, as a witness to the people of Ireland". 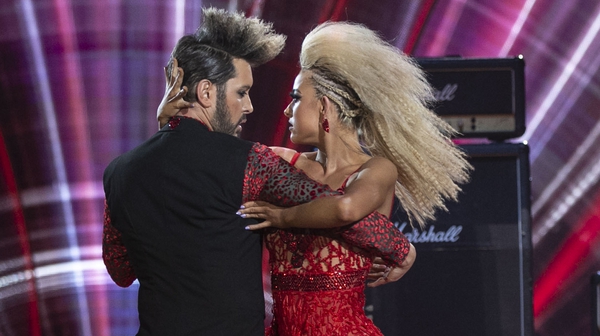 Dowling says DWTS has inspired him to believe in himself