Love Island voice over artist Iain Stirling paid tribute to the late Caroline Flack on behalf of the Love Island team in a video released to commemorate the presenter on Monday night's programme.

Presenter Laura Whitmore earlier announced that Aftersun, the spin-off show of Love Island, would not air on Monday night.

There won't be an Aftersun show tonight, big love to a brilliant and hard working team. @LoveIsland is on at 9pm... please show the islanders some love 💓

Fans have been paying tribute to the 40-year-old presenter, who died over the weekend.

Oh, Iain'a voice in this broke me. Such a great loss 💔 sending love to the entire Love Island family and Caroline’s friends and family. So heartbreaking.

Can we all appreciate Ian Sterling and all the team at love island for continuing this show when they pretty much just lost a family member? Massive respect

Beautifully said and done by Ian. Let's all try and be nicer people and be nicer on social media. Positive tweets going forward. X

Meanwhile, a petition in the UK has secured 500,000 online signatures calling for an inquiry into "the practices and policies of mainstream media organisations and social media platforms in their efforts to protect members of the public from harm."

Flack is the fourth person linked to Love Island to have died by suicide.

Sophie Gradon, a 2016 contestant, was found dead in 2018 at the age of 32. Her boyfriend Aaron Armstrong, who found her body, died by suicide three weeks later. He was 25.

Mike Thalassitis, who appeared in the 2017 series, was 26 when he died in March last year.

Love Island aired on Monday night on Virgin Media One and included the tribute to Flack.

If you are affected by any of the issues in this story please click here. 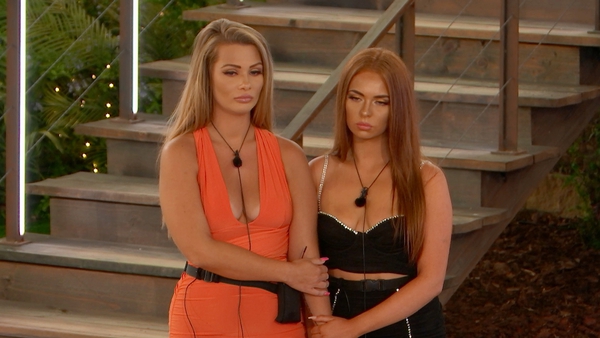