Presenter Brian Dowling and his professional dance partner Laura Nolan have become the first couple to be eliminated in a dance-off on the current series of Dancing with the Stars on RTÉ One.

After the dance-off on Sunday night, judges Julian Benson and Brian Redmond both chose to save Sinéad O'Carroll and her professional partner Ryan McShane, with head judge Loraine Barry saying she agreed with their decisions.

Brian Dowling described his time on the show as "amazing".

"It was probably the most vulnerable time of my life, like the last two years," he continued. "I've laughed every day when I wanted to cry. I have made friends for life."

Brian said dancing in the show's first all-male dance pairing last week was one of the reasons he signed up for Dancing with the Stars.

Before the result was announced he saluted B*Witched's Sinéad O'Carroll, saying she was a "phenomenal" dancer.

Professional dancer Laura Nolan, in her debut season on the show, paid tribute to Brian's dedication.

"Every week, every day you gave your all," she said.

She added that Brian had become "a friend for life".

Lottie Ryan and professional dance partner Pasquale La Rocca topped the leaderboard after the scores from this week and Switch-Up Week last weekend were combined.

The show continues on RTÉ One next Sunday at 6:30pm when the couples will take to the dancefloor for Orchestra Week.

The Story of Sunday's Show: 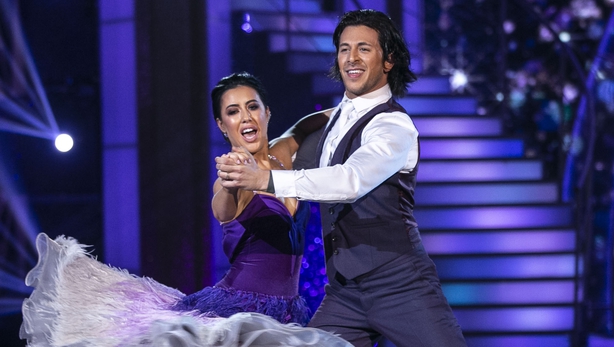 Judge Julian Benson said Lottie is "one of a kind". He said it was "such a beautifully executed Viennese Waltz" with the couple creating "beautiful pictures on the floor". "It was really, truly magical," he concluded. 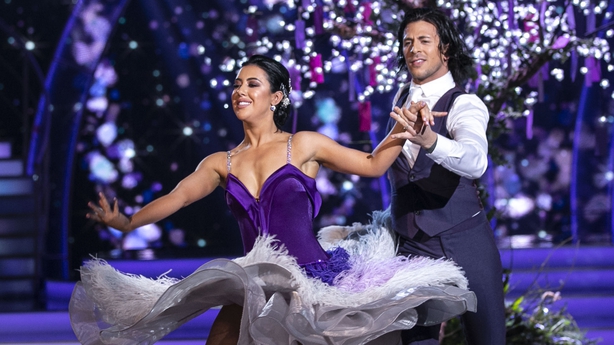 Brian Redmond said it was worth waiting seven weeks to see Lottie dance the Viennese Waltz. 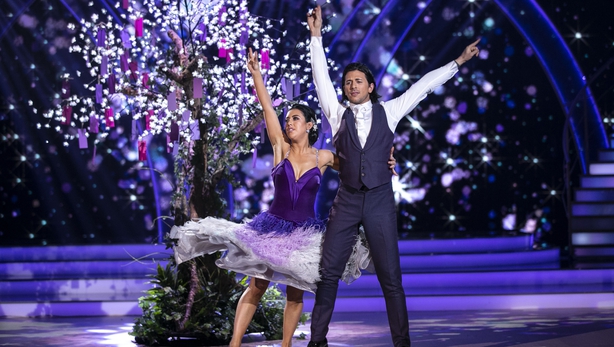 Loraine Barry said it was "very, very beautiful" but warned Pasquale that he was dancing "on the edge" of closed and open position in a Viennese Waltz. Lottie and Pasquale scored 28, including a 10 from Julian.

A change of pace for @LottieRyan1 and @Pasqual40345159 with this beautifully executed Viennese Waltz. Stunning! 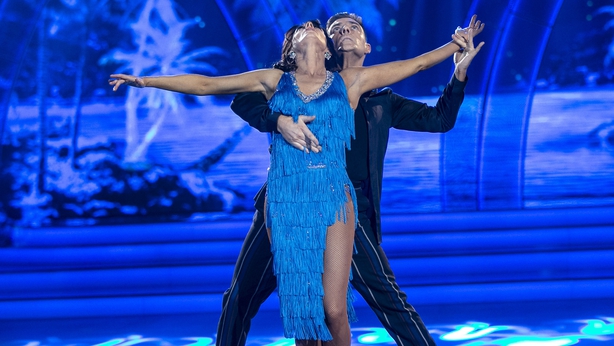 Loraine said: "Hands down, that is a competitive Samba." She wanted Sinéad on her feet "a little bit more". "You've worked that body for five days and I salute you," she concluded. 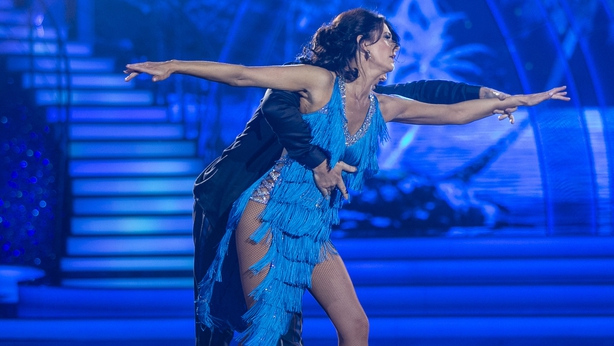 Julian raved about the content. He loved the hip action, describing it as "very sexy and sultry". 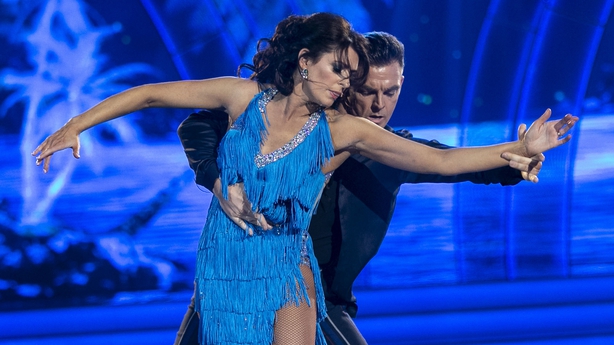 Brian said Sinéad had come through the "heartbreaker" dance for celebrities. He called it "a really, really accomplished performance". He said if Sinéad and Ryan "aren't there next week I'll wear one of his [Julian's] jackets!" Sinéad and Ryan scored 24 points. 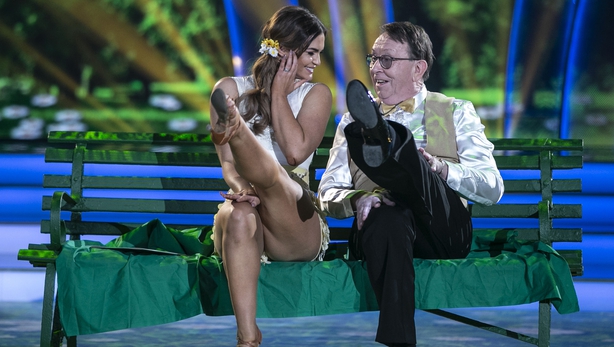 Brian said while there were "still a lot of things wrong", Fr Ray was continuing to improve under Kylee's tutelage. 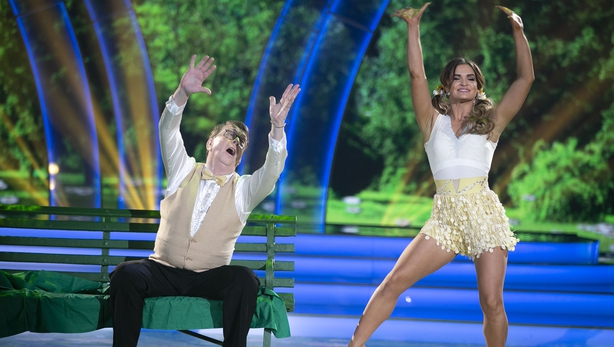 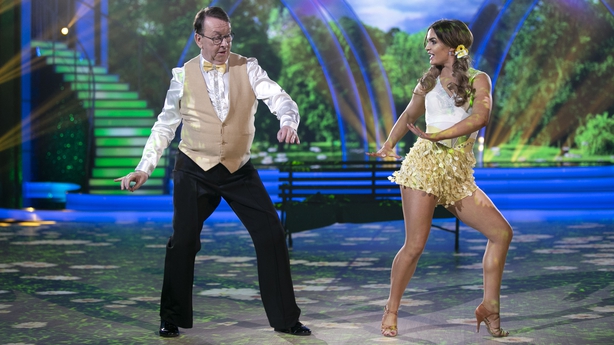 Julian said it was "a very good Jive" and paid tribute to the characterisation. "Rome wasn't built in a day, but Rome is coming along well my friend!" he added. Fr Ray and Kylee scored 15 points from the judges.

Great encouragement for @fatherraykelly who nailed his jive with @KyleeVincent8 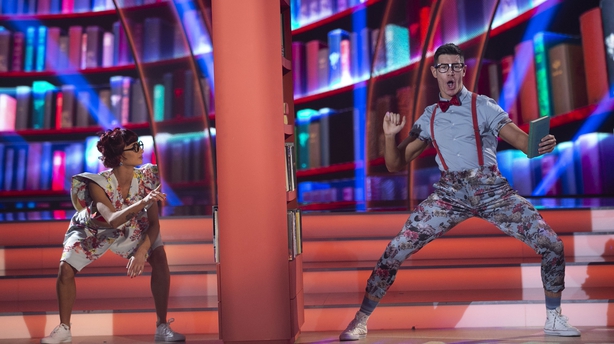 Julian said it was a "perfectly cool Salsa". He said the lifts were "unbelievable". He wanted more fluidity but added that the couple "did a great job". 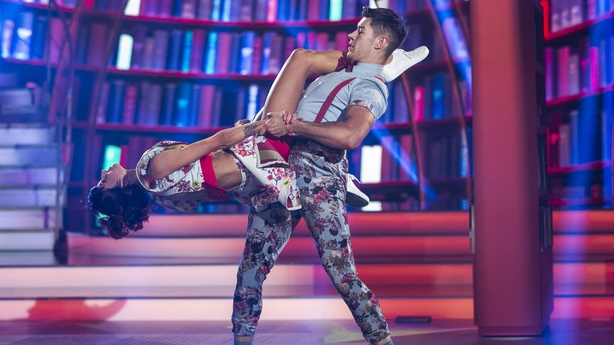 Brian said there was "great variety". He said Ryan has "real dance talent". Although Ryan "nearly came a cropper at one point", Brian said it was "a really sweet Salsa". 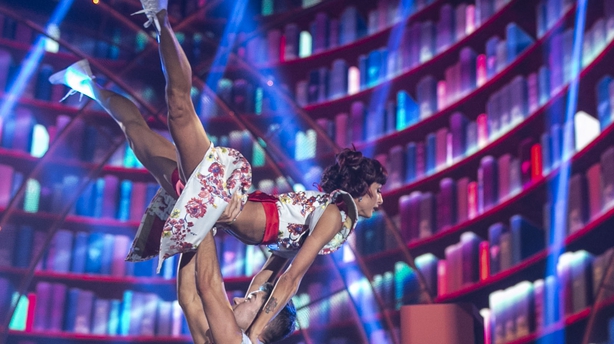 Loraine saluted how Ryan and Giulia blended the routine. She concluded that the performance was "really, really great". Ryan and Giulia scored 27 - three nines from the judges. 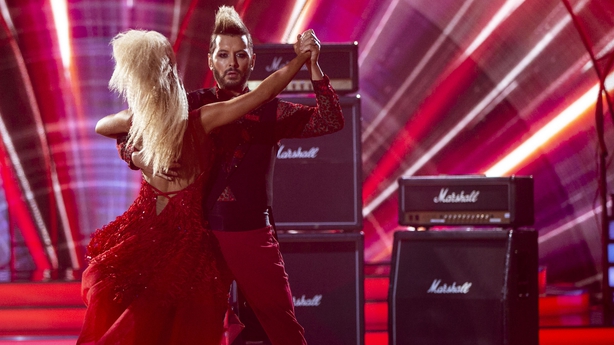 Loraine said Brian got most of the timing and steps right but wanted better posture and poise. 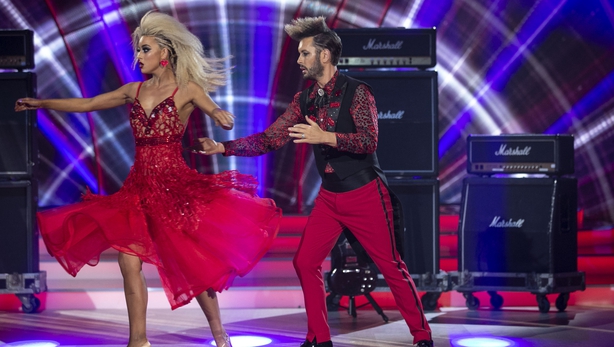 Julian said there was "lots of content, choreography and steps", but he wanted more "attack". He said the performance needed "that little extra something". 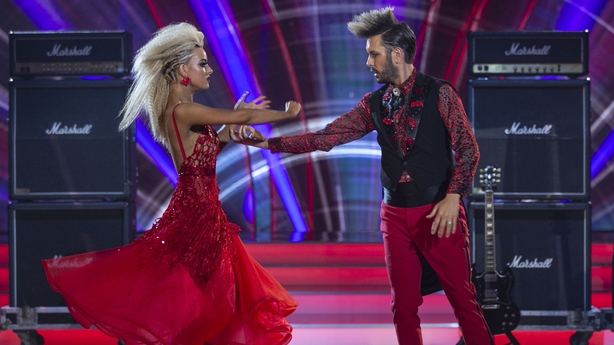 Brian said it left him feeling "a little unsatisfied". He agreed with Loraine on the posture and Julian on the attack. Brian and Laura scored 15. 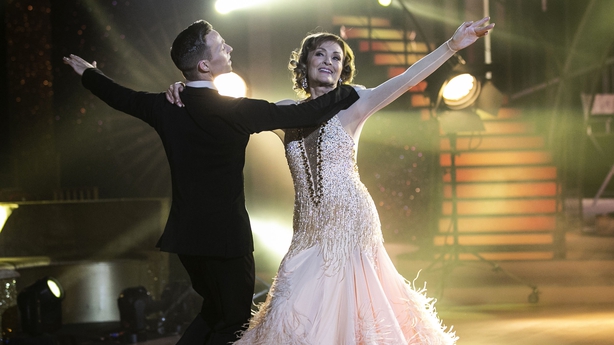 Brian said the performance had lots of "positive movement". He wanted it to be "a bit more willowy" but concluded it was "another very consistent performance". 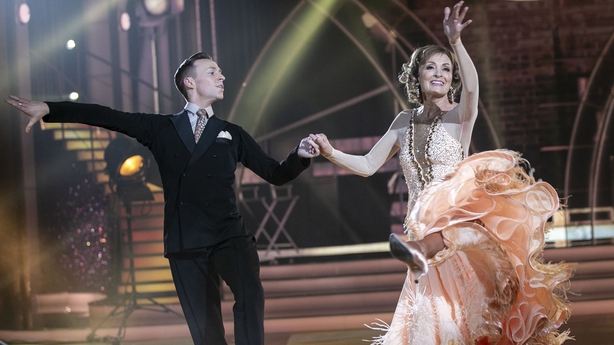 Loraine said Mary needs to let her spine and shoulders 'go' in future but called it "very beautiful". 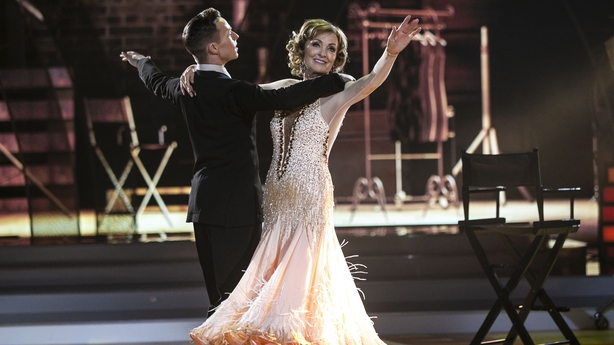 Julian said Mary was back in her "comfort zone". He wanted more swing in her upper body and more attention paid to her free arm. "Your face lit up the floor," he added. Mary and John scored 16.

. @KennedyMary is back in her comfort zone of the ballroom with this beautiful and confident Viennese Waltz. Great choreography @johnednolan 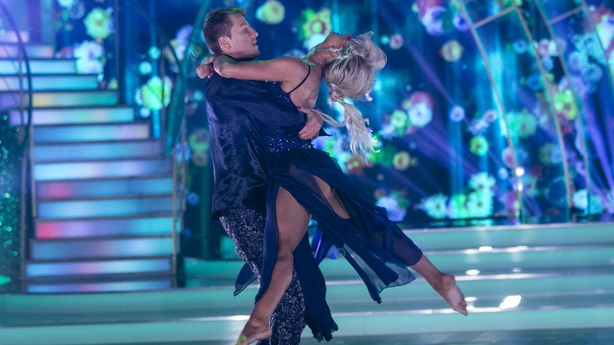 Julian said the couple "melted my heart tonight". He said the routine showed Aidan's agility and athleticism. Julian loved the storytelling and said the couple were "going from strength to strength". 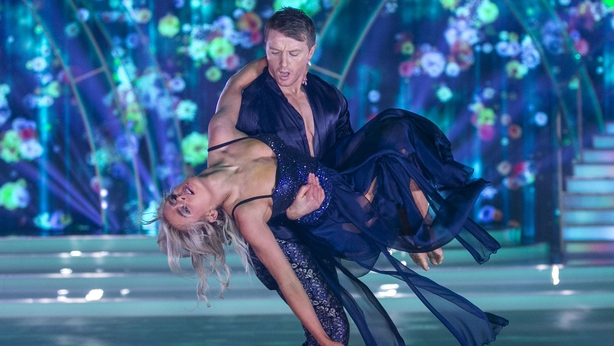 Like Julian, Brian wanted to see more ballroom in the performance. He felt some of the Contemporary steps were "a bit harsh". He concluded that Aidan is getting back to his best. 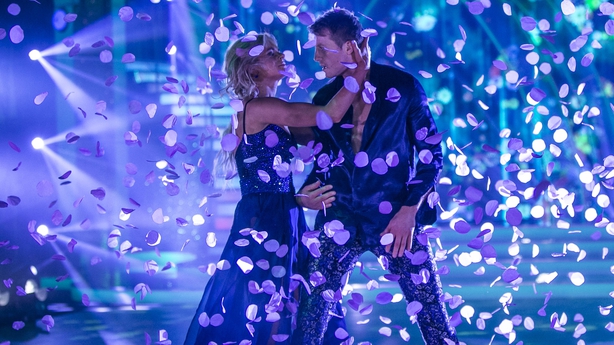 Loraine said Aidan shows "great adaptability". She described the Contemporary work as "beautiful" with "gorgeous lifts". She called the routine "tremendous". Aidan and Emily scored 23 from the judges. 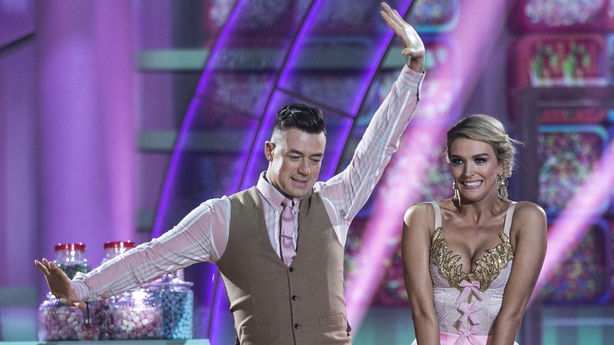 Loraine said it was a "sweet" Quickstep and "beautifully choreographed". She wanted more power but described it as a "solid start" to the show. 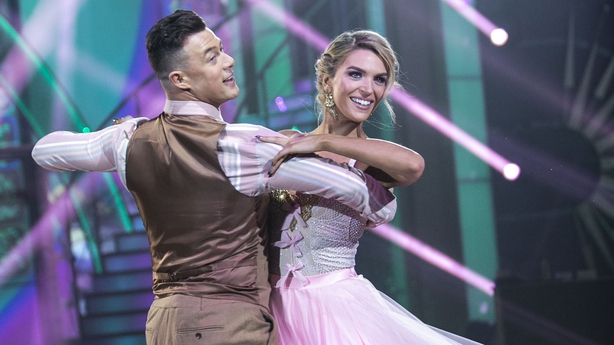 Julian said it was "a real Valentine's feelgood Quickstep". "This is a perfect partnership," he added. 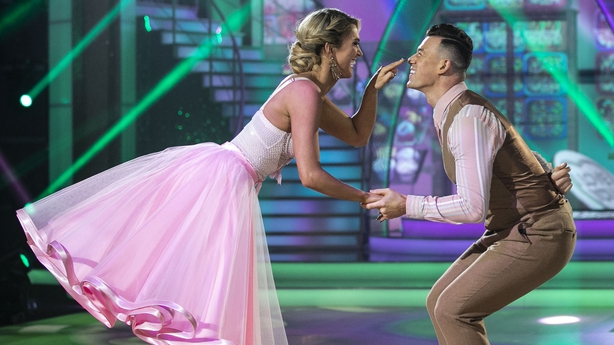 Brian said the couple had "seized the romantic initiative" with their routine. He said it was "probably one of the best ballroom dances I've seen this season" - even with one or two moments out of sync. Gráinne and Kai scored 25, including a nine from Julian.