Oorlagh George, who won an Oscar for her short film The Shore, has returned to the Co Down village of Killough to make her feature directing debut, Stranger with a Camera.

Principal photography has begun on the drama, which tells the story of Gráinne, an American teenager who finds herself stranded in the North when her father is arrested as part of the investigation into an IRA-linked murder from 17 years ago.

Together with her cousin, Gráinne tries to find out the family's secrets.

"This is a story about the power of empathy among young people in Northern Ireland, as they try to make sense of a history shrouded in secrets and transcend the boundaries and burdens they've inherited," said writer-director George, who was born in Belfast and raised in New York.

"Gráinne grows up with a trauma that doesn't have a story. This film is her fight to understand the events that shaped her life, in order to move on."

George is also producing Stranger with a Camera, which has received support from Northern Ireland Screen and Fís Éireann/Screen Ireland.

The Shore tells the story of a man who emigrated to America 25 years earlier to escape the Troubles but decides to bring his daughter back home to meet his childhood friends. 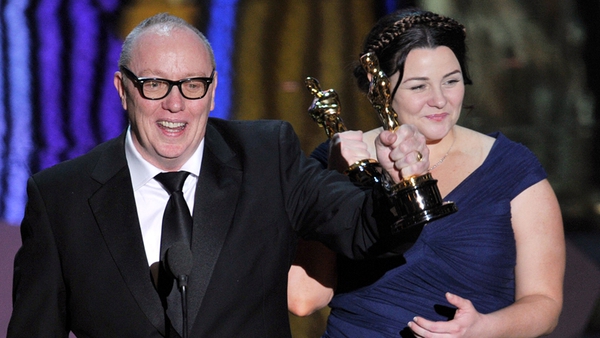