Acclaimed director JJ Abrams has said he "totally gets" the lukewarm critical reception to the latest Star Wars film and that he respects those who did not like it.

Abrams directed Star Wars: The Rise Of Skywalker, which was the final instalment of a nine-part saga that began with the original film in 1977.

It was one of the most-anticipated movies of last year and it proved to be a box office smash grossing over a $1 billion worldwide.

However, critics were divided and on review aggregation website Rotten Tomatoes, the film holds a 52% score, with many unimpressed by the "unimaginative" story.

But Abrams admits he understands why some people may not have enjoyed The Rise of Skywalker as much as he hoped. Speaking at an event in Santa Monica, he said: "(Reaction was) good, bad, some people hated it, some people loved it. It was all over the place. To those who didn't like it, I totally get it, respect it. To those who loved it, I'm grateful.

"Obviously, a lot of people worked a lot of hours to do something that would make people feel good and that they'd love." 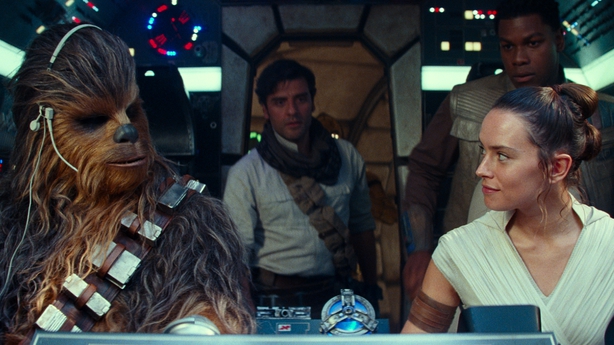 "You try to take it in but for the most part I'm incredibly grateful to everyone who worked so hard to do it and for the people who saw it and loved it I'm grateful to them too."

Asked if criticism was inevitable when working on one of the most popular franchises in film, Abrams said: "Maybe, I don't know. it's easy to say that but I don't know if that's true."