It is reported that Coronation Street bosses want Weatherfield legend Eileen Derbyshire to reprise her role as Emily Bishop for the soap's 60th anniversary celebrations later this year.

Derbyshire (88) bowed out of the ITV drama in 2015 for personal reasons but appeared in a video message as Emily in October to wish another iconic character, Ken Barlow (William Roache), a happy 80th birthday. The Mirror says the video was recorded at Derbyshire's home.

This week we're filming Ken's 80th Birthday party and look who surprises him with a special video message - it's Emily!

She is the second longest-serving star of Coronation Street after Roache, having first appeared as Emily in January 1961. She is regularly referenced in Coronation Street episodes, with viewers told that Emily is on an extended break.

"Eileen knows she can come back anytime," a source told the Mirror.

"The producers are in regular contact with her and are desperate for her to return and be part of the 60th anniversary celebrations."

Coronation Street celebrates its 10,000th episode next month, with fans promised a "glorious homage" and a "comedy of errors".

The show airs on Virgin Media One and ITV on Mondays, Wednesdays and Fridays. 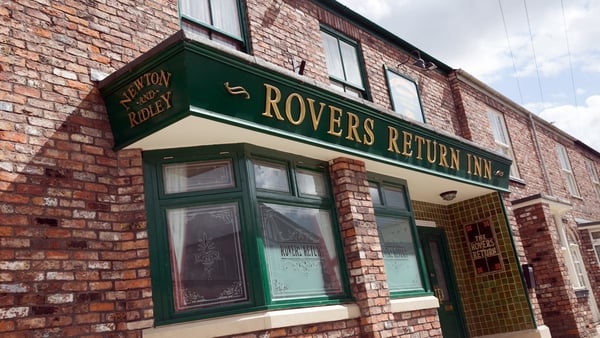