Maura Higgins is Ireland's representative on this year's Dancing on Ice. The Longford Love Islander was one of the first to be announced to take part in the competition along with TV host Michael Barrymore, who was forced to pull out due to injury, and was replaced by a Blue Peter presenter Radzi Chinyanganya.

28-year-old Higgins told TV presenters Holly Willoughby and Philip Schofield on This Morning: "I've skated once in my life for fun, so I've no experience at all. I'm up for the challenge. I'm more excited than scared. I'm competitive so I think that will drive me."

Ahead of tonight's show Higgins has sent her well wishes to fellow competitors on social media as she will not be in the rink this week. The show has divided the contestants in half for the first two weeks to introduce them and their partners to the public.

Higgins's training so far has not been easy, She hurt her ribs in a fall with dance partner Alexander Demetriou but was seen practising her skating since at Mullingar On Ice.

This year's Dancing On Ice has made TV history, as among the 24 competitors there is a same-sex couple competing - a first for British television.

It follows years of speculation that same-sex couples would feature on a TV dance competition and comes after BBC One's Strictly Come Dancing featured a same-sex dance between two of its professionals in the last series.

Despite bookies so far backing Diversity dancer Perri Kiely, Higgins is also up there as a contender with a good chance of winning the competition.

Dancing On Ice is on Virgin Media One at 6.00pm on Saturdays and 6.30pm on Sundays. 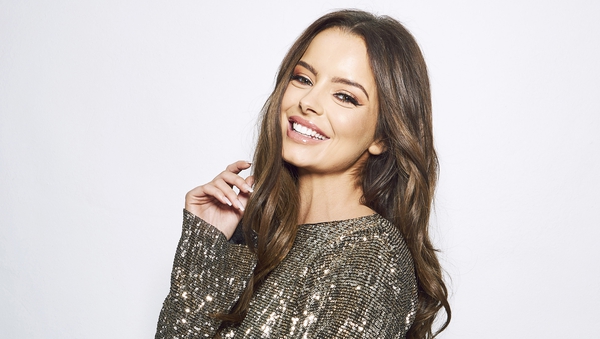