From the nightmarish pop goth of Billie Eilish to Aldous Harding's superb Designer album, women ruled the music world in 2019. Alan Corr rounds up his top international releases of the year

The future is female. Not only the deadlier of the species but as we heard and saw in 2019, also the more progressive, forward-looking and damn inventive.

They were voices of defiance and originality amid the onslaught of sonic dreck and firework one hit wonders. However, the sheer volume of new releases and the absence of quality control in the streaming wars also meant 2019 was, to use a technical term, all over the place. However, the year belonged to a seventeen-year-old who went from fringe obscurity to zap the zeitgeist with a record for the ages . . .

Billie Eilish - When We All Fall Asleep, Where Do We Go?

Billie Eilish Pirate Baird O'Connell, the LA native of Scots-Irish descent, became a very 2019 pop icon in very quick order this year. Her straight-edged lifestyle, androgynous non-image and refusal to play by industry rules made her a massive star and a very 21st century drop out pin-up. Her nightmarish goth pop melange - cooked up in her bedroom with co-writer and producer, her 22-year-old brother Finneas - teemed with ideas and weirdness, from the cartoonish G funk of All The Good Girls go to Hell, to the haunted music box of iIomilo and the crepuscular menace of Bad Guy. This is dark and confrontational stuff shot through with a macabre sense of mischief. As another teen rebel was want to say, real horrorshow. After Eilish, everyone is gonna have to up their game.

Immersive, mysterious and just downright weird, New Zealand singer Aldous Harding released one of the year's most beguiling albums. Designer is an elusive and eccentric collection packed with insinuating melodies with a habit of sneaking up on you and slaying you. Ostensibly folk, it also voyages into many other areas, with often surreal results. Most of all, Designer refuses to yield its secrets, even after repeated plays. Oblique and unknowable, no other album this year put a smile on my face and a spring in my step quite like it.

Sturgill Simpson upended expectations and put country music through the grinder on his triumphant fourth album. It's a sleazy mess o’ trouble with a motorik pulse and a (yup!) disco and funk kick that deserved a lot of love in 2019 for its songs of blistering fury. Simpson’s way with an electric guitar is something to behold; he puts his trusty axe through hell as it twists and broils with note-bending pyrotechnics and show-off flair. George Strait goes disco, Black Sabbath goes country . . . ? Take your pick but this slab of psychedelic country rock boogie was a blast. Sound and Fury was like a bucking bronco - just when you think you’ve got him tamed and corralled, he pulls a fast one and bolts off on another direction. A reckoning of an album that ends with a cathartic deliverance.

This weird and wired album of urban voodoo from tougher-than-the rest New Yorker Van Etten lingered long into the night. It was released all the way back in January but by year's end these strange and compelling songs were still casting spells. Van Etten’s voice comes wrapped in woozy and gauzy compression, the heavy use of reverb and controlled distortion. There’s a sense of foreboding to songs like Memorial Day, which has a real swampy sound full of weird echoes and interjections off in the distance, like a jungle at night. The deeply creepy Jupiter 4 may put you in mind of Swedish weird brains The Knife and belongs on the soundtrack to the movie, Drive. That darkening sound continues on hit single Seventeen - a song of the year for many people - while the smouldering Malibu sounds like the music to a fifties sci-fi horror flick. It’s a tempestuous affair, a waking dream and a real headphones listen.

A founding member of Silver Jews, a poet and a cartoonist, David Berman broke a ten-year silence with this superb album. It was greeted with hosannas by critics and scratched an itch for fans of his previous work. However, less than a month after the album's release, Berman was found dead in his apartment, having committed suicide. Initially received as a characteristically droll and self-eviscerating document from Berman, Purple Mountains took on another life. It became a poignant farewell letter in which the singer condensed all his sorrows on songs about the death of his mother, his retirement from music, his struggles with depression, and his strained relationship with his wife. However, Purple Mountains also comes loaded with pitch black humour and some of the cleverest lyrics you’ll hear all year. This is shambolic country-tinged rock, rheumy-eyed, and frayed at the edges, but sparkling with pithy couplets ("I met failure in Australia, I fell ill in Illinois, I nearly lost my genitalia, To an anthill in Des Moines, I was so far gone in Fargo, South Dakota got annoyed") and a remarkable talent for mordant word play and ironic humour. Very candid, very sad, very funny.

Listen to our top Irish albums of 2019 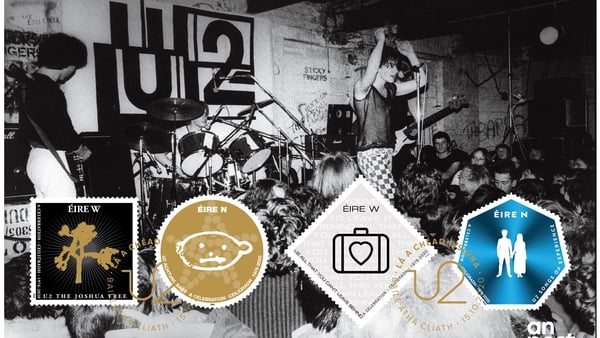 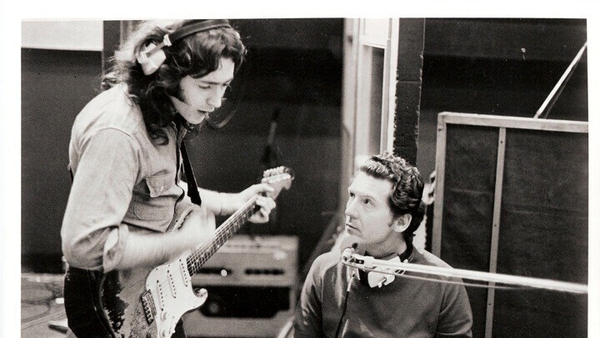