EastEnders boss Kate Oates has said the upcoming Christmas drama in Albert Square could mean the end of Linda and Mick's marriage.

Linda's alcoholism is at the centre of the BBC soap in the run-up to the New Year, with the New Year's Eve episode told from her point of view.

"I think that it's been nice to see Linda's alcoholism built quite truthfully," Oates said in a behind the scenes interview to tee up the Christmas episodes.

"She has had a lot to deal with - Mick went to prison, she has all the hangovers from what happened with Dean, Ollie has this new diagnosis that she doesn't quite know how to deal with.

"She's found that wine o'clock has come earlier and earlier and it's suddenly become overwhelming."

Oates described the story as "a bit of a homage to [iconic EastEnders characters] Den and Angie".

"There's been a classic tradition of drinking and toxic relationships in that pub," she continued. "But the Carters are different because fundamentally, Mick adores his wife.

"What we will see is ultimately how addiction gets in the way of their relationship - Linda is choosing alcohol above her family and that is going to have huge ramifications in terms of can they stay together? Can they co-parent Ollie if they break up altogether? Both of them are forced to ask some really challenging questions." 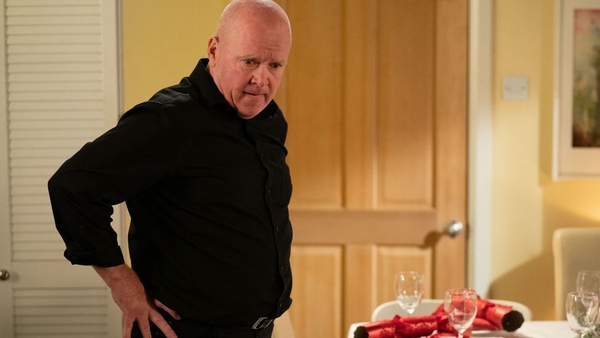