Domhnall Gleeson says everyone is allowed to have their own opinion on the latest Star Wars movie, The Rise of the Skywalker, but that he absolutely "adored" it.

There has been a mixed reaction to the final instalment of the Skywalker saga, which began almost 40 years ago with George Lucas at the helm.

Read our Star Wars: The Rise of the Skywalker here

Speaking at the European premiere in London last night, Dublin-born Gleeson, who plays the ruthless General Hux, said the most important thing was that "it was made the right way".

Speaking to PA the 36-year-old actor said: "You buy your ticket, you are allowed an opinion, that's fine, that's cool.

"I adored it, it was made the right way.

"You can't please everybody but I hope we please as many as possible."

Gleeson also revealed that he laughed for "a very long time" when his co-star John Boyega's script ended up on eBay. The scripts are usually held under lock and key with the cast keeping a strict silence on the plot before the movie’s release.

Gleeson said: "We weren't all together when we found out... it was hilarious, I laughed for a very long time. 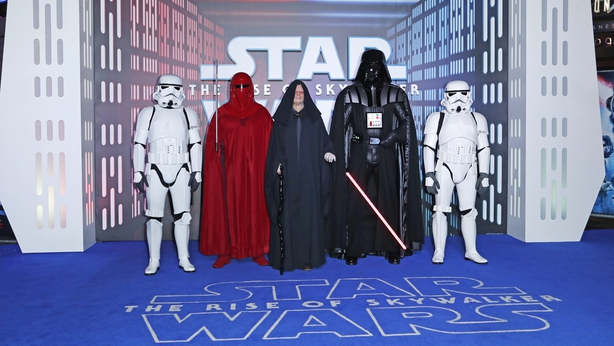 "I wasn't with (director) JJ (Abrams) when he found out, I can't imagine they were best pleased, but I thought it was gas."

Star Wars: The Rise Of Skywalker is released in Irish cinemas on December 19.