Filming has begun in Belfast on The Deceived, a new Virgin Media One crime-thriller from Derry Girls creator Lisa McGee and writer and actor Tobias Beer.

The Deceived is described as "a compelling, sinister narrative of lust, manipulation and betrayal".

The series tells the story of Ophelia (newcomer Emily Reid), a student who "falls in love with her timelessly attractive and charismatic, but married college lecturer, Dr Michael Callaghan (Emmet J Scanlan, Peaky Blinders, The Fall)".

Things take a tragic turn with Ophelia then "trapped in a world where she can no longer trust her own mind".

The Deceived will be shown on Virgin Media One and Channel 5 in the UK next year. 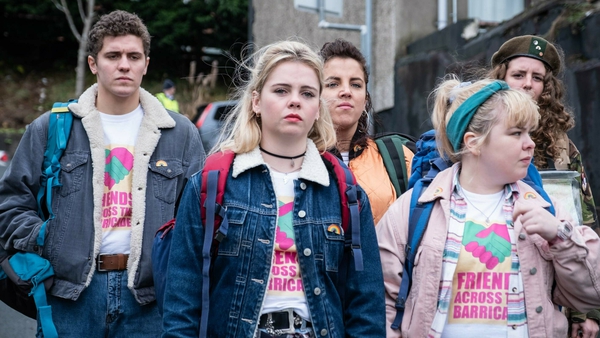 Derry Girls Baking Off for Christmas