For the second week in a row, Strictly Come Dancing professional Neil Jones will not partner Alex Scott as he continues his recovery from a muscle injury.

"You nail the dance, go through, and I'll be ready for you Monday morning..."

We hope you recover soon @Mr_NJones!

Our hero of the hour @keviclifton will be stepping in again to partner @AlexScott on #Strictly this weekend for their American Smooth! pic.twitter.com/jsKHfSttNq

Dancing the American Smooth, footballer-turned-presenter Scott will again be partnered by Kevin Clifton on Saturday's show on BBC One.

On spin-off show Strictly Come Dancing: It Takes Two on Friday evening, Jones said he will be ready to train again on Monday if Scott is still in the competition.

"I won't be dancing. I've tried, but it's just not ready yet," he explained.

"I'll be fine if I rest it this weekend."

He told Scott: "You nail the dance, go through, then I'm ready on Monday morning."

Scott said it had been "a strange week".

"My partner, I'm used to him. It's really different dancing with someone else," she said.

"I can sit here and moan. Poor Will [Bayley, who had to leave the show due to injury this week] doesn't get to dance."

Strictly Come Dancing is on BBC One on Saturday at 7:00pm. 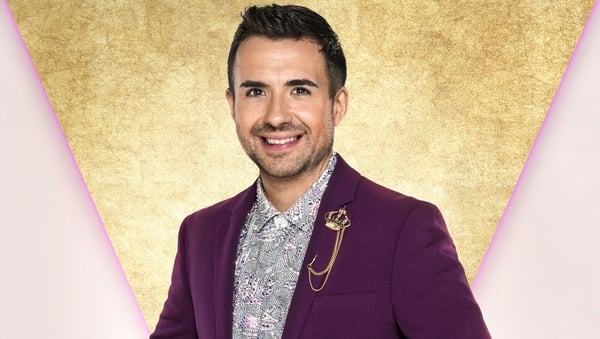 Strictly's Bayley would be 'gutted' to miss Paralympics