Netflix has released the first full trailer for the third season of The Crown, with Olivia Colman's Queen Elizabeth II preparing for her silver jubilee, and family drama is rife.

The third season of the royal drama will see Colman take over from Claire Foy in the lead role as the Queen, as the series moves forward in time to cover the 1960s and 70s.

In the trailer we see the Queen preparing to celebrate her first 25 years on the throne, and she can be heard in voice-over saying,: "On days like today, ask yourself in the time I've been on the throne what have I actually achieved?

"This country was still great when I came to the throne, all that has happened on my watch is the place has fallen apart."

The trailer shows Josh O'Connor as Prince Charles as he becomes Prince of Wales, who is advised: "Never turn your back on true love and watch out for your family."

There will be further discord between Charles and his family when the heir to the throne questions: "Am I listened to in this family? Am I seen for who and what I am? No."

However, the Queen can be heard saying: "We have all made sacrifices and suppressed who we are, it is not a choice, it is a duty."

The new series of The Crown launches on Netflix on November 17. 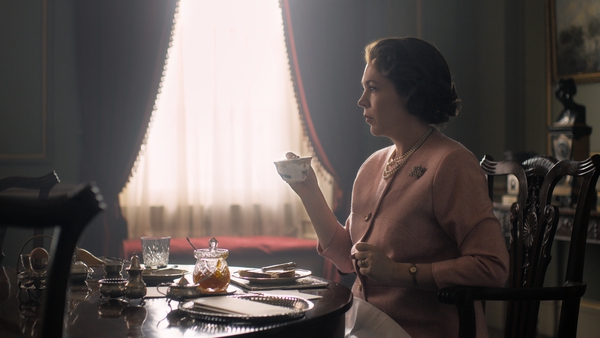 Watch: Colman on royal business in The Crown teaser