Singer Andrea Corr has revealed that she had five miscarriages and had to suffer "in silence" when attempting to start a family after marrying Brett Desmond in 2009.

Speaking to the Daily Mail's You magazine as part of her book launch the Runaway singer revealed: "Every time, no matter how often it happens, as soon as you discover you're pregnant, you so quickly go into the mode of hoping and dreaming for this child - and then suddenly it's all gone."

The Dundalk native achieved global success with her three elder siblings, and who now has two children said: "Every time I'd feel so sad for a life that wasn't there any more and also really frightened that this was it. That I'd always miscarry."

The publishers HarperCollins, have described the book as "a compelling and honest memoir in part, an exercise in coming to terms with and making sense of life and mortality following the loss of a beloved father; in part, a reflection on an unlikely journey with her siblings through the music industry; in part, a meditation on family, on music, and on creativity; and, in part, a shout-out for love and for hope."

Gerry Corr, the father of Andrea, Caroline, Sharon and Jim Corr and husband to the late Jean, passed away in April 2015 at age of 82.

The band re-grouped for a new album in 2015 called White Light and speaking to the Irish Independent Corr said: "We had written a lot of songs,"  "And then Dad passed and it was a great comfort that we were together that much and we were able to help each other through it. When you're grieving and you see your sisters and your brother grieving, you don't feel alone or you don't feel you're going crazy.

If you have been affected by this storythere is support out there if you need it.

The Miscarriage Association of Ireland 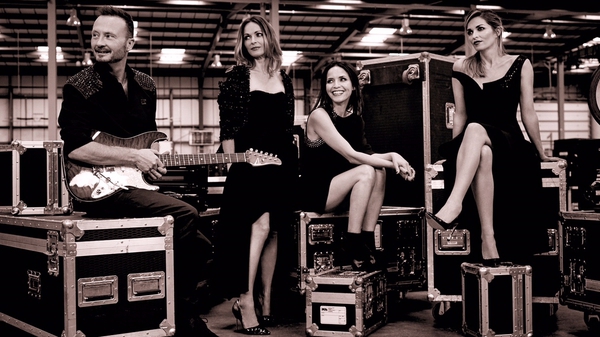 The Corrs say new album inspired by their father