The Corrs have said that their comeback album White Light was inspired by their late father Gerry, who passed away last April after a short illness.

The sibling band, who have released their first new music in a decade, were already in the studio working on new material when they lost their father.

"We had written a lot of songs," Sharon Corr told The Irish Independent. "And then Dad passed and it was a great comfort that we were together that much and we were able to help each other through it. When you're grieving and you see your sisters and your brother grieving, you don't feel alone or you don't feel you're going crazy.

"It was a total shock for all of us, but if ever there was a time when he was comfortable enough to go it was probably then, when we were all back together because that's what really made him happy. He loved seeing us together doing what he thought we were best at."

Andrea Corr says their father inspired a number of songs on the album. "With Me Stay is about him, the loss of him," she said. "Also, Bring on the Night, the first single, is about loss. Gerry's Reel has this defiance in it, and that's what we loved about it when we were writing it, it's not melancholy. It's not mourning. It's celebration. Daddy was a great walker - and I pretty much picture him walking to this."

The band paid tribute to their father at his funeral in their hometown of Dundalk earlier this year. Sharon read a poem written by her father recalling his courtship with their mother, Jean, who died in 1999 at the age of 57. She had been suffering from a rare lung disease. 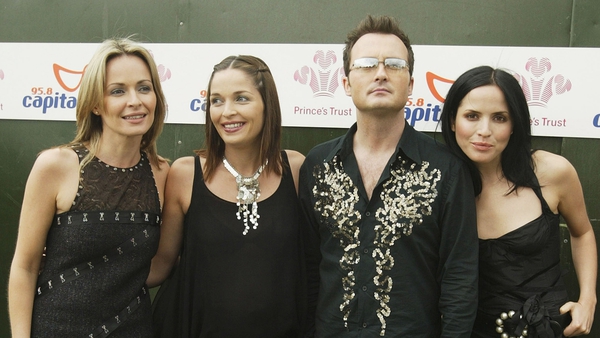 Talk on corners that The Corrs have reformed