Coronation Street star Lisa George and Steps' Ian 'H' Watkins are getting their skates on for ITV's Dancing on Ice.

They will join Love Island's Maura Higgins and former footballer Kevin Kilbane on the show, with Diversity's Perri Kiely, presenter Michael Barrymore and newsreader Lucrezia Millarini also signing up for the new season.

George, who plays Beth Tinker in Coronation Street, told ITV talk show Lorraine that she hasn't skated "for about 40 years".

"Yesterday was my first session on the ice," she continued.

"It was good, I really enjoyed it. I didn't fall. I was a bit scared, I was quite nervous.

"I can't believe I'm 50 next year and I just thought, 'If I don't do this now I'm never going to have the chance to do it again'."

Watkins told ITV's Good Morning Britain that he feels like he's "given birth to something" by signing up for the show.

"What am I doing?" he asked. "I have frantically been YouTubing [former contestants] James Jordan and Ray Quinn.

"I have kids now so it's a skill I can learn and take my kids to the ice.

"It's scary and exciting and now there's no turning back."

Dancing on Ice is back on screens next year with actor and former contestant John Barrowman joining Jayne Torvill, Christopher Dean and Ashley Banjo on the judging line-up and Phillip Schofield and Holly Willoughby returning as hosts. 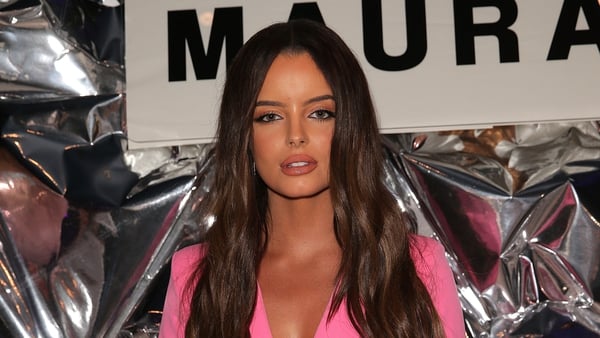 Maura Higgins is booting up for Dancing on Ice