41-year-old former England cricket player Flintoff was reportedly driving a high-speed three-wheel vehicle while filming a segment for the motoring show, and veered off the track. Medics were at hand and rushed to his aid straight away.

"I'm absolutely fine and was back filming today," Flintoff told The Mirror.

"I go to great lengths to make sure I do well in Top Gear drag races but on this occasion I went a few lengths too far.

"It will look more ridiculous than dangerous when you see it on TV".

Flintoff hosts the show with Paddy McGuinness and Chris Harris, and a BBC spokesperson said the safety of the crew is "paramount."

"The health and safety of our presenters and crew on Top Gear is paramount," they told BBC.com.

"As viewers of the recent series will have seen, Freddie is often keen to get 'off the beaten track'.

"Tuesday's filming at Elvington Airfield was no exception - but he suffered no injuries as a result of his spontaneous detour, as fans will see for themselves when we show the sequence in full in the next series." 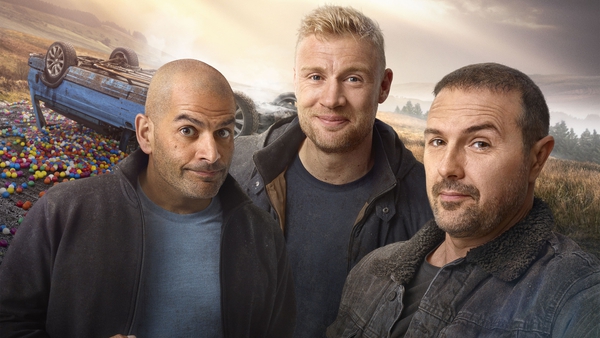 Has Top Gear turned a corner?