Amber Gill has now broken her silence since her split from fellow Love Island contestant Greg O'Shea - just 39 days after they left the show as the winning couple.

The Newcastle native took to Instagram to tell fans that she's in a good place, while also defending her pal Anna Vakili.

The 22-year-old hit out at trolls who criticised Anna and her sister Mandi for allegedly not allowing Amber to "heal in peace" after her break-up with Greg was made public.

Amber wrote: "This woman is the best friend I could ever wish for she supports me 100%.

"She has made me feel so good over these past few days and these comments need to stop." 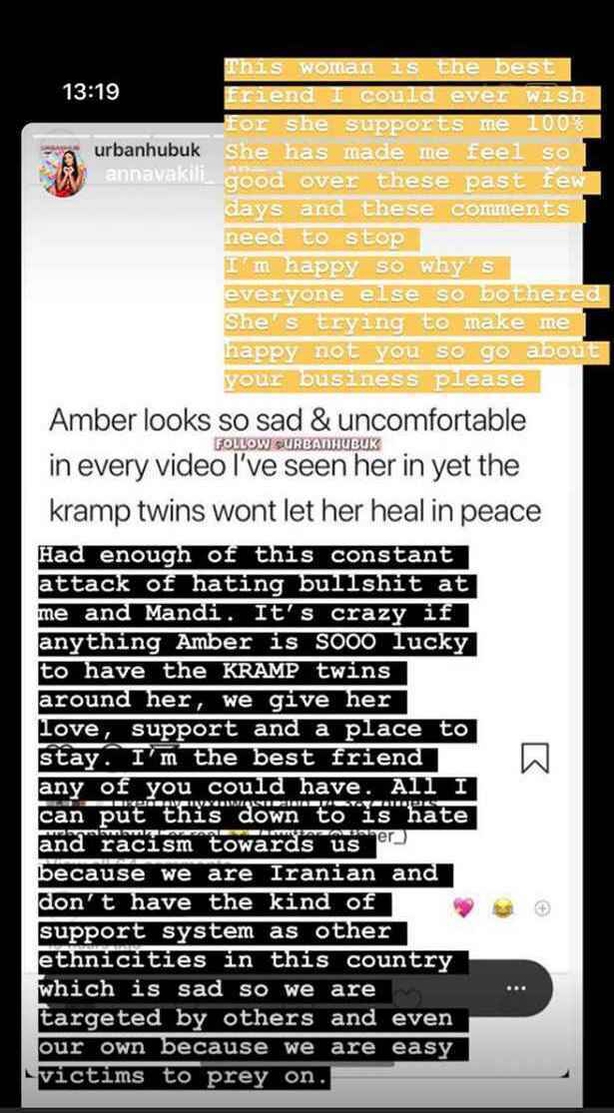 She added: "I'm happy so why's everyone else so bothered. She's trying to make me happy not you so go about your business please."

Before the split was made public, Amber had been due to appear on The Late Late Show on RTÉ One last Friday night along with Greg and fellow Love Island star Maura Higgins.

On the show, Greg denied earlier reports that he dumped Amber by text, explaining that the split was a mutual decision to protect their careers.

Greg told host Ryan Tubridy: "Me and Amber have been chatting over the last couple of days and over phone calls, this whole thing about a text message isn't true, people just want to tell stories."