Hozier has told RTÉ News at Electric Picnic that he is hoping to release new music by the end of the year.

The Wicklow singer-songwriter, who is currently in the middle of his Wasteland, Baby! World Tour, told RTÉ News Arts & Media Correspondent Sinéad Crowley that he has been trying to "get new music written and recorded" between legs of the tour.

"If I can I'd love to release something before the end of the year, but we'll have to see how we go," he said ahead of his Electric Picnic headline slot on Friday night.

"Making it in the middle of the tour schedule is a challenge, but it's been great to get back into studio, working on music again."

Hozier has just announced a homecoming show at Dublin's 3Arena on Tuesday, December 10, with tickets on sale this Friday, September 6, at 9:00am from usual outlets.

He will be supported by Freya Ridings, with Hozier's headline set to be filmed for future broadcast.

The Take Me to Church singer began his tour to support his chart-topping second album Wasteland, Baby! in March.

"It's intense," he said. "But it's been great, and the support's been fantastic."

Before he went onstage at Electric Picnic, Hozier illustrated measures he had taken to make sure that it would not rain while he was playing.

Ireland. We had this little lad up here working overtime for the weekend. Can't wait to play @EPfestival tonight, it's so good to be home 🇮🇪🖤 pic.twitter.com/12HPUmL0Dz 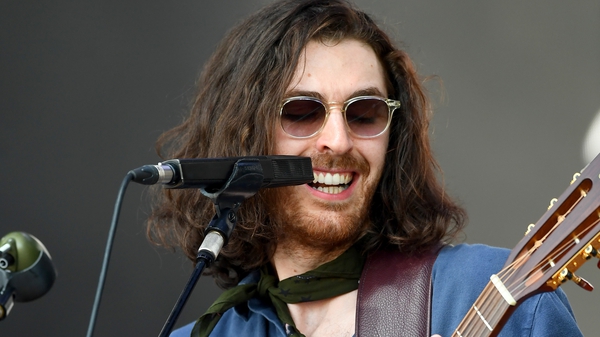