Joe Sugg has asked his girlfriend Dianne Buswell to move in with him, after the pair found love on Strictly Come Dancing.

The YouTube star presented his professional dance partner-turned-girlfriend with a LEGO representation of them wearing ballroom dancing outfits, and a note asking her if she would move in with him.

Sugg shared a video of the romantic moment online, saying, "I've never officially kind of said 'do you actually want move with me properly?' She doesn't technically live with me.

"We've never actually said that we are living together. I thought I would make it official."

He then handed her the note, which reads, "Do you want to move in with me, yes or no? Circle your choice. All my love, Joseph."

Buswell circled "yes" on the note and said, "You're so cute. I'm going to keep this for the rest of my life."

The couple met while taking part in last year's series of Strictly.

Skip to 8 minutes into the video to see the sweet moment: 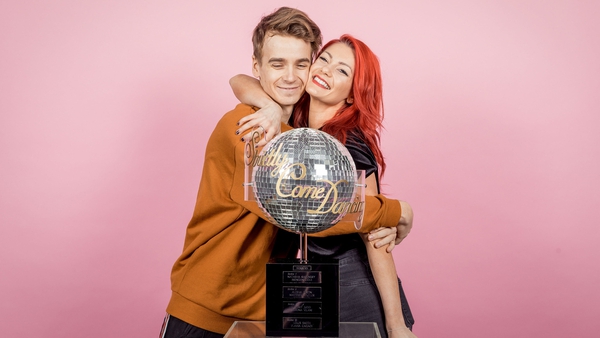