Rose of Tralee host Dáithí Ó Sé has said the enduring fascination with the festival is down to Ireland being "a nosey nation".

This year's 60th anniversary festival runs from August 23 to 27, with Ó Sé and the 32 Roses onstage in the Dome for the two biggest nights on RTÉ One on Monday, August 26 and Tuesday, August 27.

"The Rose of Tralee is an event and just like the All-Ireland Final or the World Cup, there's going to be a winner and you don't want to be the person at the water cooler at work on the Wednesday morning asking who won," the presenter says in the 60th anniversary souvenir programme. "And if you are that person, you still ask because we're a nosey nation.

"We like to know what's happening, so even if you might not watch it, you always want to find out who won."

"We're a nosey bunch!" agreed the festival's PR boss, John Drummey, when speaking to RTÉ Entertainment - conveniently sidestepping requests for teasers about the performances from this year's Roses.

"Ah, now that would be telling!" he laughed.

"We'll have to wait until Dáithí meets the Roses at the RTÉ photocall in Castletown House, Maynooth to find out some details of what's planned."

When asked what he thinks is the biggest misconception about the festival, Drummey replied: "The two-night Rose of Tralee TV show is a mainstay in Irish society since 1978, but it's so much more than a two-night TV show.

"There's a five-day festival in Tralee with something for everyone, Rose selections take place around the world from early February... That's quite a good promotional tool for Irish tourism."

To find out all about this year's Roses, click here. 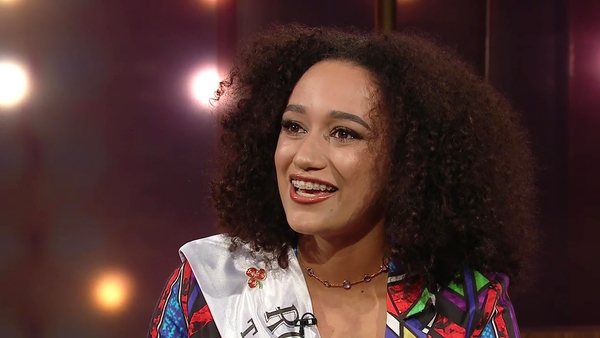