Love Island champion Amber Gill has said she wouldn't have won the ITV reality show if she had taken former romance interest Michael Griffiths back instead of choosing Irishman Greg O'Shea.

The British beauty therapist from Newcastle, who took the £50,000 prize with Limerick rugby player Greg on Monday night, said Greg had arrived in the villa "when I needed him".

"No, I don't think I would have won if I'd been with Michael," she told the Press Association.

"I think that me and Greg have a good laugh and that he came in when I needed him.

"I feel like that's why it went to us. If she went back to the guy who didn't treat her well... I don't think I would have [won]."

"She's been in from the first day and she's had an incredible journey and I was just happy I could come in and help her out and put a smile back on her face.

"Now we are together and she's had a great last couple of weeks I hope we just go from here now."

Before she coupled up with Greg, Amber had been dumped by Michael for fellow contestant Joanna Chimonides.

But after Joanna left the show Michael said he was interested in rekindling his romance with Amber.

Amber said she was surprised to hear that Michael and Joanna had seen each other since they left the villa.

"To be fair I didn't see much of them together so I don't know how they were," she said.

"But Michael definitely tried to come back to me so I just think that's a bit weird [that they are together]. But I don't really want to say too much." 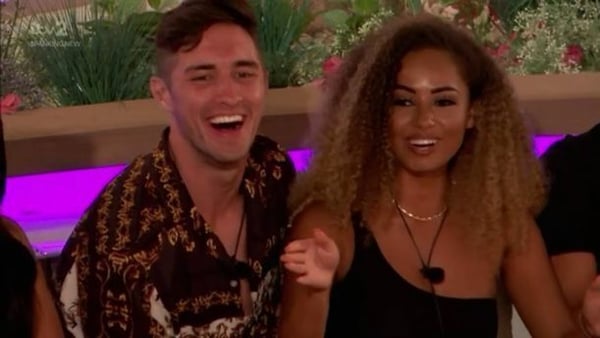