Orlando Bloom has said he wants to ''lay a really grounded foundation'' with fiancée Katy Perry before they walk down the aisle.

The 42-year-old actor, who popped the question to the 34-year-old singer in February, said they're not rushing into getting married because they want to focus on creating ''a feeling of trust and safety'' before they tie the knot.

Speaking to Us Weekly, he said: ''[We] are doing all the work necessary to lay a really grounded foundation to our relationship. To be honest, that's part of the job, right?

"You have to do the ground work together, create a feeling of trust and safety so that you can spend time apart and do everything that you need to do, and still feel tethered to that person, so that you can go on a journey together.'' 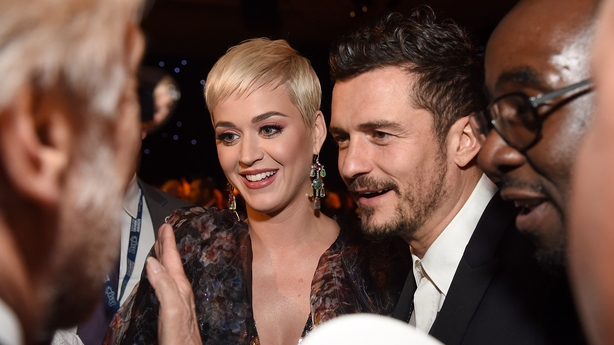 The Pirates of the Caribbean actor and the I Kissed A Girl hitmaker have been dating since they met at a Golden Globes after party in 2016.

Bloom was previously married to Australian model Miranda Kerr for about three years. They have an eight-year-old son together, Flynn.

They broke up in 2013, while Perry was married to Russell Brand for under two years before breaking up in 2012.

The Firework singer and Lord Of The Rings actor broke up for a time in 2017 but later reconciled.