Love Island's Maura Higgins has said she is having some doubts about other half Curtis Pritchard after the major bust-up in the villa.

Curtis had advised Jordan Hames to tell fellow contestant India Reynolds that he had feelings for her, despite the fact that Jordan had coupled up with Anna Vakili.

When Maura heard this news, she immediately told Anna and all hell broke loose.

In the Beach Hut on Wednesday night's show, Maura said: "For Curtis to give that advice to Jordan, it baffles me. If he was my boyfriend, is that what he would do? Would he pull a girl before chatting to his girlfriend?"

Maura and Curtis discussed the issue, with Curtis saying he was frustrated that Maura went directly to Anna to tell her what was going on.

"All I wanted to do was talk to you and get your opinion," he said.

"She's my friend," Maura replied. "I care about her. I'm angry that he asked her to be his girlfriend a few days ago and now he's cracking on with someone else."

Curtis then claimed that Jordan was "brave for doing it".

"He's only just had these feelings now," Curtis continued.

"Would you do the same thing if I was your girlfriend?" asked Maura.

After reflecting overnight, Curtis told Maura: "I do see your point of view. I did give the wrong advice to Jordan."

However, the matter still isn't put to bed, with Maura later admitting that she has "a slight worry" about the relationship. 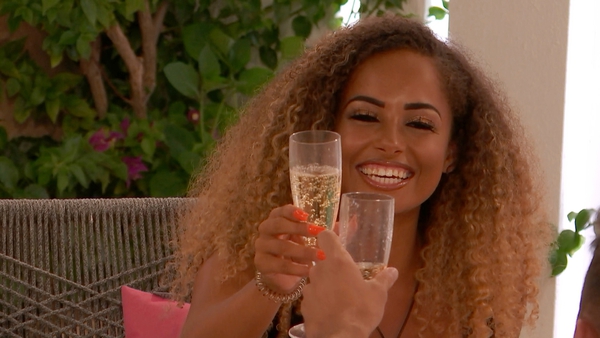