Love Island saved all the big drama until last on Tuesday night, as Anna Vakili tore strips off other half Jordan Hames for his treatment of her, and his interest in India Reynolds.

Trouble was brewing when Jordan confided to Curtis Pritchard that he thought he rushed into his relationship with Anna, and that he had feelings for newcomer India.

Later, Curtis told Maura about the conversation he had with Jordan.

"Basically, he is a little bit confused," explained Curtis, stirring the pot with a 50-foot ladle. "He has feelings for India."

Curtis tried to keep the news under wraps, but Maura wanted to tell Anna straight away.

When Maura saw Jordan talking to India, she said: "Is he going to do that before talking to Anna? I don't believe this!"

Maura walked over to Anna and told her: "He's cracking on with India. He likes India."

"How do you know?" asked Anna.

"Curtis told me," Maura replied. "He's pulled her for a chat right now."

A furious Anna then made a beeline for Jordan and India to get answers - and all-expletive hell broke loose.

When your friend keeps telling you the same story. #LoveIsland pic.twitter.com/tF8IdPDcAt

Ovie Soko took India away from the argument as the other women rallied around Anna. Chris Taylor and Anton Danyluk watched from afar as the war of words continued.

Viewers can find out if there's anything left of the place on Wednesday on Virgin Media Two and ITV2 from 9:00pm.

Here are some of the fans' reactions:

#LoveIsland is defo 75% funnier because of Twitter, let's be real.

This year's #LoveIsland is making me so glad I’m single

It's actually laughable that Jordan said to Curtis he thinks India feels the same way?? AS IF she’s gonna leave Ovie for him he really is tapped like😂😂😂😂😂 #LoveIsland

Ovie being a true gent taking India away from that situation! Jordan is massively in the wrong and Anna doesn't deserve to be treated like that! We need more Ovie’s in a world full of Jordan’s!! #LoveIsland #loveisland2019

Jordan using the fact Anna has been feeling down as an excuse to jump ship two days after asking her to be his girlfriend is ridiculous. Him trying to make her feel bad/in the wrong for feeling down is disgusting #LoveIsland 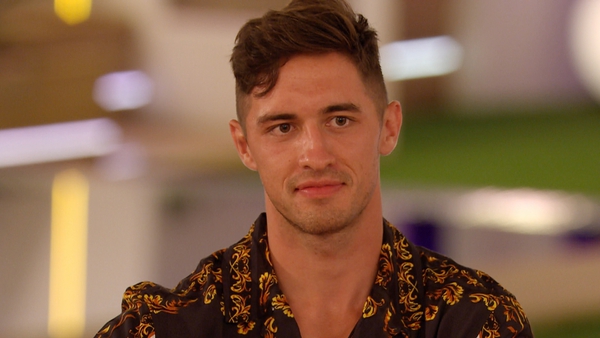