Comedian Eddie Murphy has told Jerry Seinfeld's Comedians in Cars Getting Coffee he is waiting until the time is "right" to return to comedy.

Speaking on the Netflix programme, The Bowfinger star said: ''I'm going to do it again. Everything just has to be right.

"You have to get up there and start working out. Still gotta go to the comedy club.''

Fans were thrilled to hear of a Coming to America sequel called Coming 2 America due in cinemas in August 2020.

Coming to America was released in 1988 and starred Eddie Murphy as a prince from a fictional wealthy African nation of Zamunda who moves to Queens in New York to find himself a wife.

Murphy, who will be starring again as Prince Akeem, said: "After many years of anticipation, I'm thrilled that Coming to America 2 is officially moving forward.

There is life in the 59-year-old yet The Beverly Hills Cop actor still harbors ambitions to win an Oscar. He told Seinfeld:

''I have a table all ready where it would look great. I'll wait because I'm pretty healthy, I'm gonna be around for a while and if I don't get it then eventually, when I'm 90 - what's the one they give you just because you've been in the business so long? Eventually they're gonna have to give me that."

The Coming To America actor continued:"I already did 35 years in movies, eventually y'all gonna have to give me something. And if y'all wait til I'm 85, 90, I'm gonna come out a 90-year-old dude, in a sky-blue tuxedo - there's a reason why it's sky blue - and I'm gonna walk out and when they give me the award and they hand it to me, I'm just gonna stand there and urinate on myself in front of the world - the whole world - and just stand there. And then they're gonna have to play that music and then they'll have to usher me off. That's gonna be my moment. Don't make me wait!''

Murphy recently added his tenth child to his brood with the children's ages ranging from 8 months to 30-years-of age.

Comedians in Cars Getting Coffee: Freshly Brewed with Eddie Murphy can be streamed from Netflix this weekend. 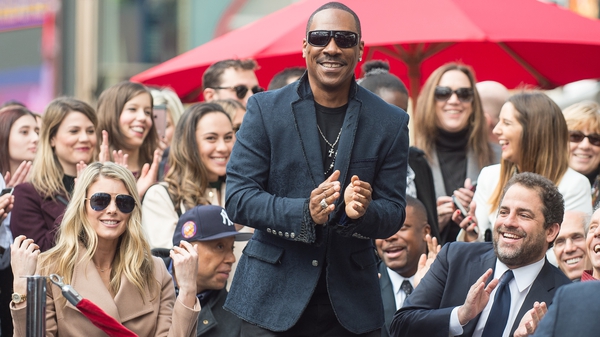 Eddie Murphy's Coming To America 2 due out August 2020