Curtis was baffled by a distinctly Irish turn-of-phrase Longford model Maura deployed in a conversation with him on Love Island and viewers thought it was hilarious.

In Tuesday night's episode, Maura and Marvin chose to save Lucie and George instead of Amy and Curtis.

However, they were the only pair to vote for Lucie and George, with the four other couples opting to save Amy and Curtis, and the couple were sent home from the villa.

Curtis and Maura had a heart-to-heart where she explained her reasons for wanting to save Lucie and George instead of him and Amy.

She said:"(I feel) sh** and everyone hates me. And now Lucie's gone home, I just wanted to fight for her, she was my best friend.

"And the only reason why it was easy that even though I told you that I like you, all I could think about was she's (Amy) not gonna make it easy for us because people will feel sorry for her."

The confusion then arose when Maura asked Curtis: "So you're not thick with me?"

A clearly baffled Curtis replied: "I'm not what? Thick with you?"

Maura explained: "Yeah, like angry with me. Thick as in angry."

Raising his eyebrows to the sky, Curtis responded: "I've never heard that saying in my life. But no why would I be? I'm not angry, I'm not thick with you."

Irish fans were in stitches, with one viewer saying they were "screeching" with another saying "Irish slang hasn't been this LIT on British TV since Fr. Ted".

Comedian Jarlath Regan tweeted: ""Are you thick with me?"

"(Maura is changing English boys and their language, one lad at a time and it's the greatest thing I’ve ever seen."

"Are you thick with me?"
(Maura is changing English boys and their language, one lad at a time and it's the greatest thing I’ve ever seen. #LoveIsland ) pic.twitter.com/zuw6WVIFjP

"Are you tick with me?"
"Am I tick with you? What?"
"You know like angry, thick with me"
SCREECHING. #LoveIsland

For all the English people, Maura was saying "thick" not "tick"  #LoveIsland pic.twitter.com/9oEdG5fRot

Wait till Maura brings him on a Sunday session pub crawl around ballymahon, moydow and ballinlee! He's bolloxed then!!

"Be the thundering jaysus, how's she cuttin, laddd..." 🤔😅#LoveIsland

I love how #Maura asked #Curtis "are you thick?" 😂😂
Only us Irish understood what she was asking! 😆#LoveIsland #Loveisland2019 #LoveIslandUK

@LoveIsland I actually love how @CurtisPritchard thinks @MauraHiggins actually said tick with me when she really meant thick with me. Such an irish saying and a total accent barrier right there. #understandingIrish #tickorthick #lovecurtis

"You're getting bould now"
"Cop on to yourself"
"You're not thick me with me are ya?"

Absolutely STAN Maura for using these phrases, Irish slang hasn't been this LIT on British TV since Fr.Ted #LoveIsland

Meanwhile, following reports that show bosses prompted Maura to make a move on Curtis, a Love Island spokesperson said: "This is untrue.

"The opinions the Islanders have, decisions they make and the relationships formed are completely within the control of the Islanders themselves." 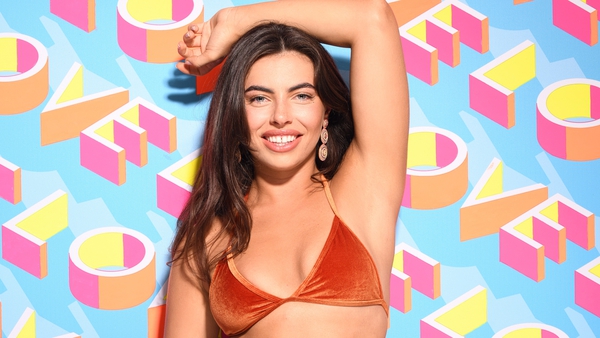 Love Island lands two new bombshells and one of them has eyes for Maura!