Liam Gallagher has apologised to his mother and niece for "getting caught up in all of this childish behaviour" in his ongoing war of words with brother Noel.

The latest episode in the sorry saga saw Liam Gallagher allegedly take issue with sister-in-law Sara McDonald's - the wife of Noel Gallagher - online criticism of him ahead of his Glastonbury performance at the weekend.

Liam Gallagher is alleged to have sent a text message to niece Anaïs Gallagher which read: "Tell your step mam to be very careful."

Noel Gallagher subsequently responded to the alleged text and shared it on social media, writing: "So you're sending threatening messages via my teenage daughter now are you?"

Liam Gallagher has since apologised to Anaïs Gallagher and his mother Peggy, tweeting: "My sincere apologies to my beautiful mum Peggy and my lovely niece Anais for getting caught up in all of this childish behaviour I love you both dearly LG x." [sic]

Last month, the director of a new film about Liam Gallagher's post-Oasis solo career told RTÉ Entertainment that he was shocked when he witnessed the bitterness and seriousness of the feud between Liam and older brother Noel.

Liam Gallagher - As It Was director Gavin FitzGerald said: "I was shocked to find out that Noel and Liam haven't seen each other, haven't even bumped into each other, since 2009 when they had a fight backstage in Paris and were swinging guitars at each other and didn't come out to play for fans.

"The feud is real and it's sad to see because at the end of the day they're brothers and they go to great lengths not to see each other." 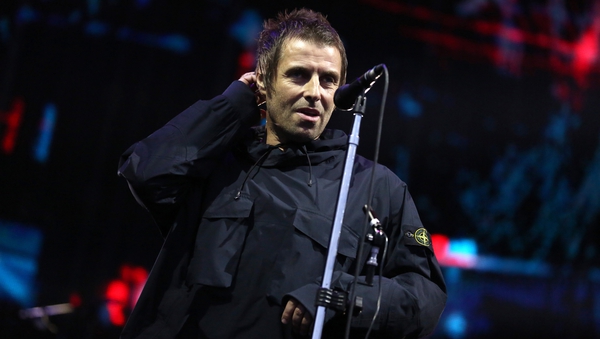