Justin Bieber has taken to social media to defend his manager Scooter Braun after Taylor Swift accused him of "manipulative bullying" in a row over the music mogul acquiring the rights to her first six albums in a reported $300 million deal.

Swift has said that Braun's purchase of label Big Machine Records and its back catalogue was her "worst case scenario".

"I learned about Scooter Braun's purchase of my masters as it was announced to the world," Swift wrote on Tumblr. She alleged Braun was responsible for "incessant manipulative bullying" of her.

"Now Scooter has stripped me of my life's work, that I wasn't given an opportunity to buy," Swift continued. "Essentially, my musical legacy is about to lie in the hands of someone who tried to dismantle it."

In his defence of Braun on Instagram, Bieber wrote:  "Scooter has had your back since the days you graciously let me open up for you.! As the years have passed we haven't crossed paths and gotten to communicate our differences, hurts or frustrations. So for you to take it to social media and get people to hate on scooter isn't fair. What were you trying to accomplish by posting that blog? seems to me like it was to get sympathy u also knew that in posting that your fans would go and bully scooter." [sic]

"Anyway, One thing i know is both scooter and i love you," Bieber continued. "I feel like the only way to resolve conflict is through communication. So banter back and fourth online i dont believe solves anything.

"I'm sure Scooter and i would love to talk to you and resolve any conflict, pain or or any feelings that need to be addressed. Neither scooter or i have anything negative to say about you we truly want the best for you. I usually don't rebuttal things like this but when you try and deface someone i loves character thats crossing a line." [sic]

Braun's wife, Yael Cohen Braun, also joined in the row, writing: "I have never been one for the public airing of laundry, but when you attack my husband… here we go."

"You were given the opportunity to own your own masters," Cohen Braun claimed, "you passed."

"Interesting that the man you're so 'grossed out' by believed in you more than you believe in yourself," she said on Instagram. "And girl, who are you to talk about bullying? The world has watched you collect and drop friends like wilted flowers. MY husband is anything but a bully."

Swift signed a new record deal with Republic Records last year. Her new album, Lover, will be released on August 23. 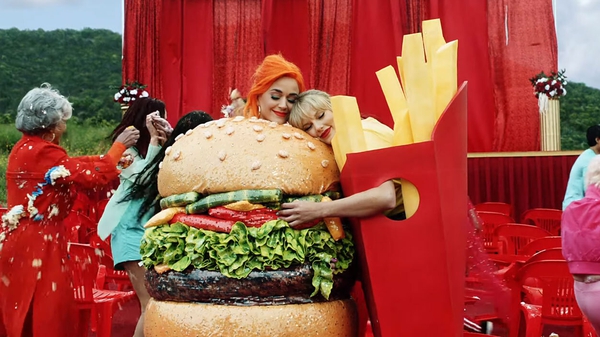