Spider-Man star Tom Holland couldn't believe his luck when he learned that Spider-Man: Far From Home would be mostly filmed just down the road from his home in London.

Even better, it was during the summer of 2018 when England enjoyed a memorable World Cup campaign, with Holland's native country reaching the semi-finals.

The setting was Warner Bros Studios in Leavesden, Hertfordshire, which is close to the English capital. But Holland didn't take an opportunity to remain at home during the shoot. He is a movie star, after all.

"The first [Spider-Man] film was called Homecoming and that was shot thousands of miles from my home, and this one is called Spider-Man: Far From Home and it was shot 25 minutes down the M25," he told RTÉ Entertainment. (Click above link for full interview.)

"I rented a house in St Alban's because it was close to the studio, but the football was on, the World Cup - so there were lots of football parties in my house. . . . It was a great summer."

This time around, Holland's web-slinger heads off on a school trip to Europe, looking to escape the demands of a superhero lifestyle that's been exacerbated by the events in the preceding Avengers: End Game.

"Peter Parker - he's just tired from saving the world twice, you know," says Holland, who stars alongside Jake Gyllenhaal in this latest adventure. "He needs to take a break and rest a little bit, a little bit of R'n'R.

"Unfortunately, when you are Spider-Man, the responsibility is something you can't run away from.

"It seems that wherever Pater Parker goes, trouble follows, so he's forced to step and try and save the world for a third time."

Spider-Man Far From Home is released nationwide on July 2 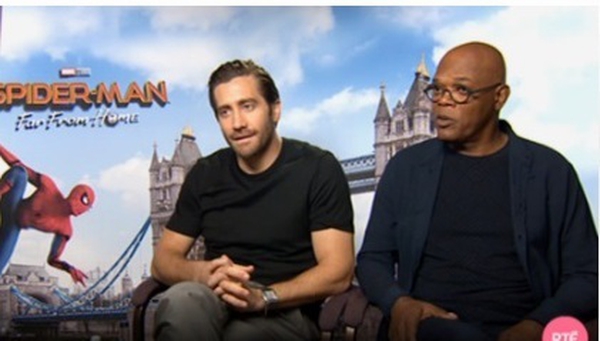