Lily James has said being well-known doesn't make people "happy" and thinks people need to change their "bizarre" relationship with "celebrity and fame".

The 30-year-old actress, who is known for her roles in Downton Abbey, and movies including Cinderella, Mamma Mia! Here We Go Again and Yesterday, reckons people need to change their "bizarre" relationship with "celebrity and fame".

Speaking to Australia's Telegraph newspaper, she said: "If you are trying to fill something in your life with fame, then it's not going to make you happy. I don't think I have really changed.

"Life has changed, other people's reactions to you change and that can be really difficult."

"People's relationship with celebrity and fame is bizarre, it can be quite dangerous. And social media feeds into that." 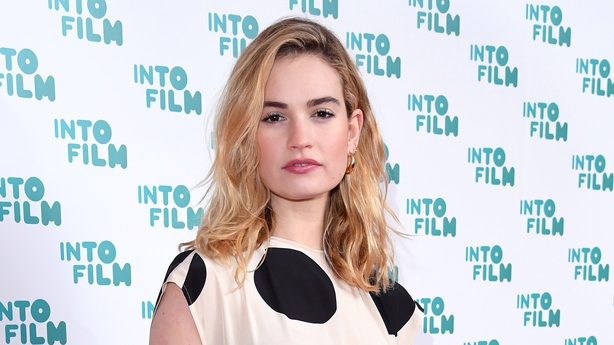 James previously explained how she found herself backpacking around Southeast Asia, in an attempt to "regain [her] sanity" out of the public eye.

Speaking in 2015, she said: "I ended up backpacking with a friend in Southeast Asia, staying in huts that were £2 a night, to regain my sanity."

The star did say she pleased with the way the film industry is changing, especially for women since the rise of the #MeToo and Time's Up movements.

"Something has shifted. Now I feel like a natural step on from this is making sure that there are more women in power.

"I want to work with more women, female directors and directors of photography, to be surrounded more equally by women and men."

Explaining what draws her to acting, she said: "I think that's why I like it, I like that emotional journey. The ability to fall into something and go to the extremes."