EastEnders fans have been told there will be a break in the clouds in Albert Square as Doctors and Holby City actress Suzette Llewellyn joins the BBC soap as "ball of positivity" Sheree.

Sheree is the new love interest of Albert Square resident Patrick (Rudolph Walker) and has "a serious zest for life".

Llewellyn, best known for playing Nanette Duval in Holby City and Estelle Vere in Doctors, said of Sheree: "She's bold, bright and a lot of fun so I can't wait to see how she settles into Walford."

The actress previously appeared in Coronation Street and Hollyoaks and had a minor role in EastEnders as a court clerk in 2015 and 2016.

"I'm thrilled to announce that Suzette's joining the show as Sheree - a force of nature with a big heart who's never far away from trouble..." said EastEnders' executive producer, Jon Sen.

"Fans are in for a treat this summer!"

Llewellyn has started filming on EastEnders, which airs on RTÉ One and BBC One on Mondays, Tuesdays, Thursdays and Fridays. 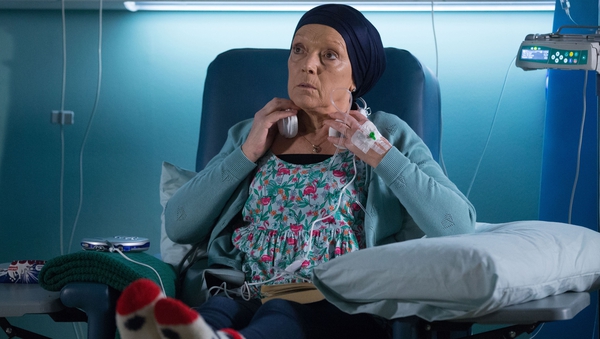 Look: Jean gives patient a piece of her mind on EastEnders