Donal Skehan and his wife Sofie have announced they are expecting their second child this November.

The 33-year-old Howth native and his Swedish wife welcomed their first child into the world in 2017 and now the celebrity chef has announced that little Noah is set to become a big brother.

Taking to Instagram to share the happy news, Skehan shared an adorable video of his family with one of the subtitles reading, 'There's a bun in the oven! New arrival coming November 2019...'

The post was accompanied by a sweet caption which read, "We've been keeping a little secret for the last four months but it's time to let you know that our family is set to get a new addition later this year.

"In November, Noah is going to be a big brother! Sofie Skehan is pregnant with a second little baby and we couldn't be more excited.

"I think we'd just wrapped our heads around the idea of being parents for the first time and now knowing what we're in for, I guess we're as ready as we'll ever be for round two!"

The Dubliner thanked fans for their ongoing support and said he can't wait for his followers to find out more about his exciting new adventure.

"Here we go again! As always a massive thank you for all the support during this special time, we are always blown away by this brilliant community and can't wait to share the journey with you." 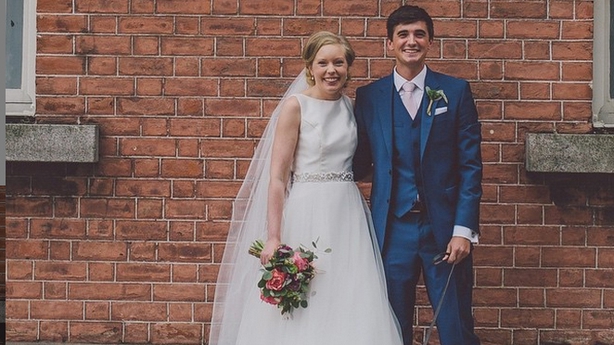 The couple, who have been living in California for the last three years, wed in an intimate ceremony at Dublin City Hall in 2015, followed by a wedding reception at Lisnavagh House in Co Carlow.