Good news Father Ted fans, the writing team behind the hit comedy have "settled their differences" and are back working on a musical version of the show.

There was a collective shout of 'Go on, go on, go on...' here in RTÉ Entertainment when we first heard that there was a Father Ted musical in the works.

So we were more than a little disappointed to hear the ball had been stalled on a toe-tapping live version of the show. Apparently, writers Graham Linehan and Arthur Matthews had a bit of run-in over the project.

However, worry no more, as according to pop star Neil Hannon, the pair have settled their creative differences and are "back in a room" writing together.

Hannon, who is the frontman of The Divine Comedy and who has just released his new album Office Politics, penned the theme tune for the original comedy series and is writing the music for the musical.

Speaking on BBC Breakfast, he said: "Graham Linehan and Arthur Matthews, praise be, settled their differences and we are all back in a room writing the musical.

"It's very exciting. In fact, we are pretty much almost finished. It'll still be quite a while before it hits the boards.

"I take all my inspiration from what they have written, the scenes they have constructed.

"Sometimes I have written about six songs for one particular scene that never seem to hit the nail on the head. But most of them have come quite easily."

Details of Pope Ted - The Father Ted Musical were first revealed last June, with Linehan saying the show would be the "real final episode of Father Ted".

"I didn't want to do anything like this until the right idea came along, and when Trump won and Corbyn won I kind of thought, 'maybe Ted has a chance'

"I thought it wouldn't be too much of a stretch. Obviously, we're pulling some shenanigans to get him into that position, but I think the shenanigans are entertaining enough that people won't mind."

Hannon appeared to confirm this, saying Father Ted had risen "substantially" within the clergy.

He said: "I don't know how much I'm allowed to say. I'll get told off for saying things. But yes, he goes up in the world substantially. I'll leave it at that."

But asked if they were aiming for a release date in 2020, he replied: "Yeah, hopefully." 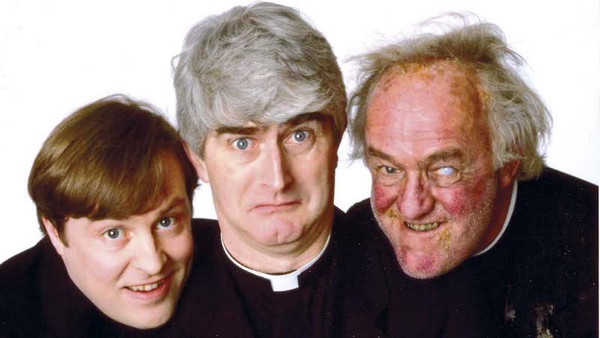