George Clooney has said he ''can't imagine being more in love'' with his wife Amal and admits he loves playing pranks on her.

The 58-year-old actor, who has two-year-old twins Ella and Alexander with the humanitarian lawyer and has been married since 2014, revealed how he couldn't be prouder of his partner.

Speaking to the Daily Mail newspaper, Clooney said: "I can’t imagine being more in love with her than I am, and I can’t imagine somebody I’m more proud of."

The Ocean's Eleven revealed how he loves using his toddler twins to play pranks on his wife when they are at home.

"We're playing pranks together. I'll put peanut butter on the side of his shoe and he'll go to his mother and say, 'Mamma? Pooh-pooh?'

"And then he reaches down like this, and he puts his finger in it and licks it, and he goes 'Pooh-pooh?' again.

"And when I get him to do that, that's when I really get her! Pooh-pooh works every time. It's the universal language!" 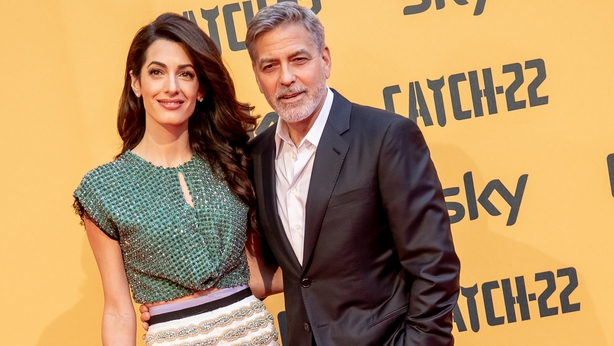 Clooney lavished praise on his children for being ''really funny and really smart'' and said they are going to learn to speak Italian as they already spend a lot of time in the country as a family.

''They're really funny and really smart.

''Already they're saying their ABCs in Italian and in English.''