Joe Jonas has joked that Diplo ruined his wedding to Sophie Turner by live-streaming the entire Las Vegas ceremony on his Instagram.

Jonas and Turner tied the knot in a spontaneous ceremony after the Billboard Music Awards in Las Vegas last month, and American DJ Diplo was among the guests. Going live on Instagram, Diplo's footage of the wedding quickly went viral.

"Yeah, he did ruin it," Jonas said on the Capital Breakfast radio show when one of the DJs said "Diplo ruined it for you".

He continued, "I love Diplo, but he loves his ‘gram more than a 13-year-old. He posts every five seconds. He literally, like, live-streamed with dog face filters."

The couple, who announced their engagement last year, laughed it off however.

"We just laughed. We loved it," Jonas added.

"We thought it was ridiculous, and I just love that he was walking into the chapel and he was like, ‘going to hit this wedding real quick,' [in his Instagram Story]."

Game of Thrones star Turner also recently addressed is on The Graham Norton Show saying, "Well, we didn't choose him to be our wedding photographer.

"He just kind of decided to live-streamed it. [What happens in Vegas] doesn't stay in Vegas."

The newlyweds will hold another ceremony this summer to celebrate with their friends and family who were not in attendance. 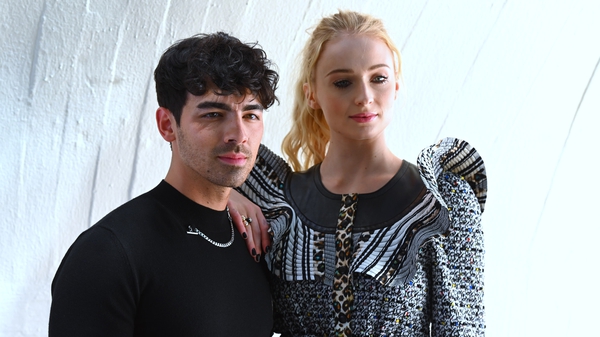