We've teamed up with Warner Bros. Pictures to give you the chance to see the epic action adventure Godzilla: King of the Monsters before anyone else.

They say size isn’t everything but when you combine it with sheer power and atomic breath, it’s the unstoppable force that is Godzilla. Following the global success of Godzilla and Kong: Skull Island comes the next chapter in Warner Bros. Pictures’ and Legendary Pictures’ cinematic Monsterverse: Godzilla: King of the Monsters, an epic action adventure that pits Godzilla against some of the most popular monsters in pop culture history.

To be in with a chance to win a pair of tickets to see Godzilla: King of the Monsters in IMAX on May 28, simply send the answer to the following question to entertainmentonline@rte.ie with 'Godzilla' in the subject line.

Question: Godzilla is a character created by this legendary Japanese Studio. Name this studio.

The new story follows the heroic efforts of the crypto-zoological agency Monarch as its members face off against a battery of god-sized monsters, including the mighty Godzilla, who collides with Mothra, Rodan, and his ultimate nemesis, the three-headed Ghidorah. When these ancient super-species—thought to be mere myths—rise again, they all vie for supremacy, leaving humanity’s very existence hanging in the balance.

Godzilla: King of the Monsters (Cert 12A) hits Irish cinemas beginning May 29.

Standard RTÉ competition rules apply, a copy of which is viewable here. The competition will close on Thursday, May 23 at 1pm and winners will be contacted via email. 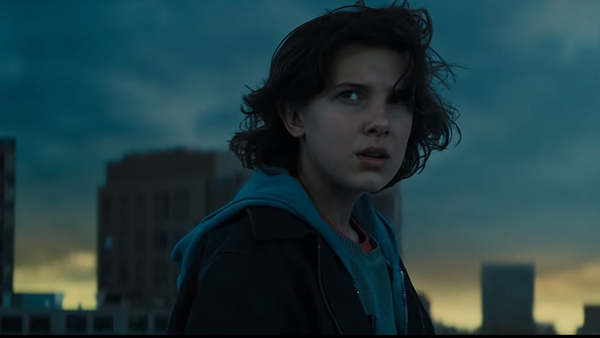