Disney has announced that it is delaying the release of the long-awaited film version of Irish author Eoin Colfer's fantasy series Artemis Fowl, which stars Irish teenagers Ferdia Shaw and Lara McDonnell.

The live-action adaptation based on the first and second instalments of the series was due to be released this summer on August 9, but author Colfer shared the news on Wednesday that it had been rescheduled.

The new release date is May 2020. Let’s hope this extra time will enable their hardworking team to double the amount of fairies and flatulence.

We’ll bring you more information as we get it. Thank you all for your patience, love and infectious excitement for the movie.

The Kenneth Branagh-directed film is now expected to be released on May 29, 2020, when there is a public holiday in the US and the film could attract a larger audience.

The Artemis Fowl series has more than 21 million copies in print in 44 languages worldwide. It focuses on 12-year-old Artemis who is a millionaire, a genius and a criminal mastermind. The screenplay for the film has been written by Irish playwright Conor McPherson.

Shaw secured his role after 1,200 hopefuls auditioned in Cork in 2017. The production team announced that they were looking for someone who was "inquisitive" with both "academic and emotional intelligence".

They said: "Artemis is highly perceptive and good at reading people. Most importantly, Artemis is warm-hearted and has a great sense of humour; he has fun in whatever situation he is in and loves life." 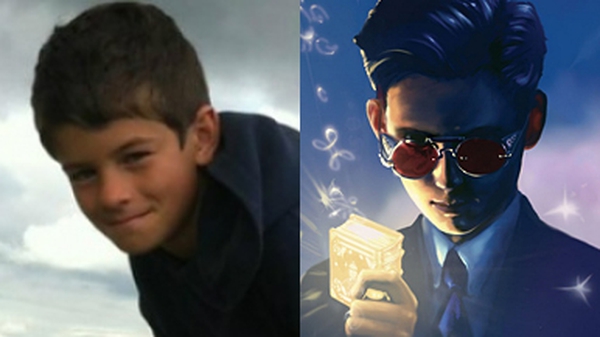