Trainwreck star Amy Schumer has announced on social media that she has named her new baby son Gene Attell Fischer.

Posting a picture of her son with husband Chris Fischer, Schumer wrote: ''Gene Attell Fischer And his dad Chris (sic).''

The baby was born last Sunday night to the 37-year-old actress, who referred to him as ''our royal baby'', given that she joked in her stand-up shows about being pregnant and due at the same time as the Duchess of Sussex, Meghan Markle.

The comedian did not miss out on a gag en route to the hospital, stopping at the Metropolitan Museum of Art in New York, where the 2019 Met Gala was due to take place the following day.

The Snatched star - who announced she was expecting in October, around the same time as The Duke and Duchess of Sussex - found her pregnancy ''tough'' as she struggled with hyperemesis gravidarum, a form of extreme morning sickness. She documented the ups and downs on her Instagram page.

Schumer was hospitalised for the condition and was forced to postpone some of her stand-up shows in November.

Sharing a photo of her dog on Instagram, she wrote at the time: ''The last few days have been tough. I'm grateful as hell and know it's temporary but tough just the same. Please if you don't mind. Post pics of your kids and tag me #amyschumer. My friends sending me pics and vids of their kids is making me feel so much better. Much love accepting dog photos too. (sic)'' 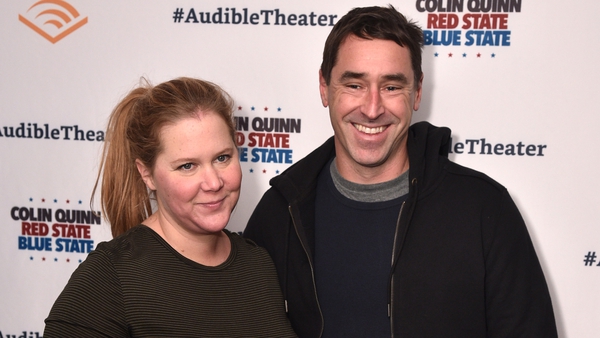 Amy Schumer announces arrival of her own 'royal baby' Movies