The cast of The Big Bang Theory have filmed their final scenes on the long-running comedy series.

The series will come to a close after 12 years and 279 episodes later this month in the US.

Before the recording took place in front of a live audience at the Warner Bros. lot in Burbank, California, Johnny Galecki, who plays Leonard on the show, tearfully addressed the crowd before filming wrapped.

Galecki's co-star, Mayim Bialik, who portrays Amy, shared a picture of the show's logo on an old TV, adding the caption, "Goodnight from stage 25."

Earlier, their fellow cast members had also taken to social media to commemorate the show's ending.

Sheldon Cooper star Jim Parsons shared a picture of the front door of his fictional apartment, where much of The Big Bang Theory took place.

"And thank YOU, ALL of you - yes, YOU, reading this right NOW! As we get ready to tape our final episode tonight, to walk in and out of this apartment door for the last time, it is hard to find the words to articulate what a profound experience this has been.

"But the words 'love' and 'gratitude' come to mind... so love and gratitude to all of you. ALL of you. Thank you."

Kunal Nayyar, who plays Rajesh, wrote a lengthy message on Instagram thanking fans for their support.

He signed off by writing: "In love and gratitude." 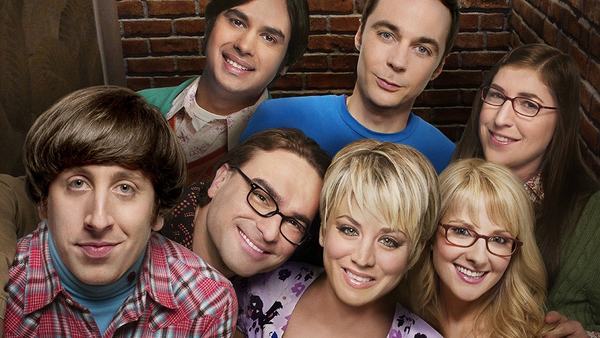