Taron Egerton has revealed he lived with Elton John for a few weeks to research and prepare to play the singer in upcoming biopic Rocketman.

The 29-year-old star plays the Your Song hitmaker in the new biopic about his life and he has revealed he ended up living with the 72-year-old singer to get to know him better.

Speaking to Man About Town magazine, he Egerton said:  ''I spent a fair bit of time with him before we started shooting. He didn't come on set, thank God, I'd have found that really hard.

"But I went and stayed with him before we started shooting and he let me read his diaries and I hung out with him and got to ask him things ... which certainly protects me a bit.

''He lends a bit of an air of authenticity and it gives this a bit of a seal of approval really, which is great. I still speak to him once or twice a week now. He's very in my life. It's nice ... and a bit f***ing surreal!'' 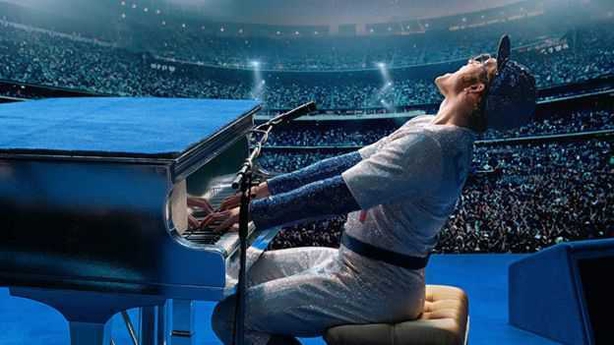 Egerton admits it is ''inevitable'' that there's a bit of himself in there and admits he wanted to illuminate the singer's life.

''I have to say, I think when your primary objective is sounding like someone, then you slightly sacrifice a purity of expression and a real humanity. It can become a little bit sterile ... And I absolutely didn't want to do that because this is about illuminating someone's life and what's really going on with them.

''So there's inevitably a bit of Taron in there because we're talking about the spirit of someone and about their inner life and their drug addiction, not about the way they move their mouth in an interview.''

Rocketman will fly into cinemas on May 24.