Tipperary singer Una Healy has said that it is difficult being a single mum following her separation from husband Ben Foden but that she has "no regrets" since her marriage broke up last July.

Speaking on The Late Late Show on Friday night, Healy said of Foden: "I dont regret ever meeting him, I can never look back on it and say it's mistake."

She added, "Its difficult because he is in New York. Its not a place for children. I decided not to go, but then it was all revealed, what was going on behind my back."

About to chat and perform my new single ‘Strangers’ on @RTELateLateShow! Tune in now! 💙 Styled by @mreointhomas pic.twitter.com/ya1tjEDNGk

."I feel I'm in a much better place than I have been in a long time. I fled to Ireland, I think everybody assumed I moved back, I took refuge in Thurles and my mother had to answer the door to journalists.

"My mother has been a rock through it all. Its lovely to come home. I'd been over in England 11 years." she said.

The former Saturday's singer said that she has met a new man from Limerick.

Speaking about how she has moved on with her life, Healy added said that she works as a DJ on a country music radio station in the UK: Country Music Hits and loves it. 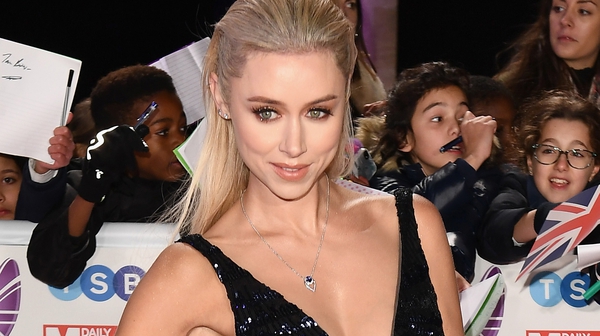